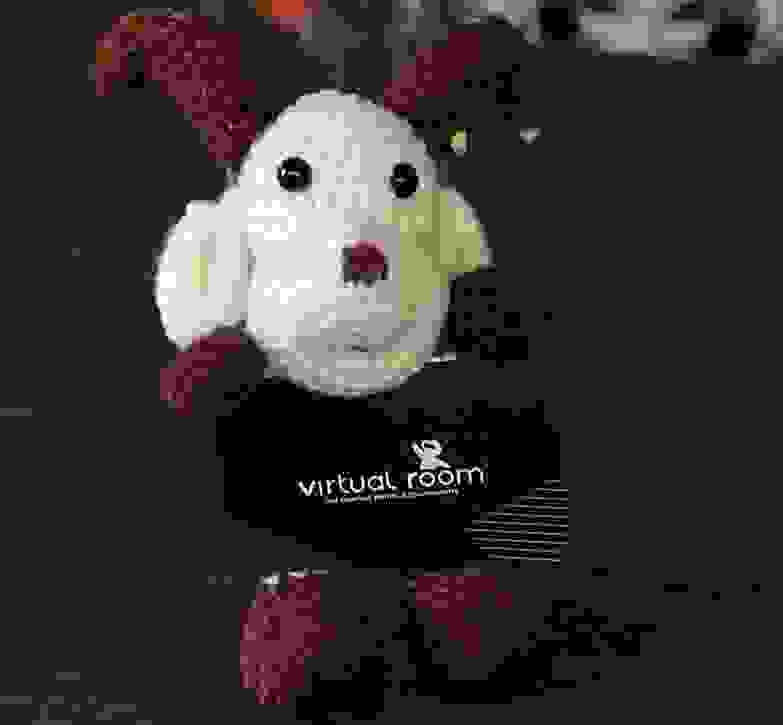 6/10Obviously, none of it actually existed but I don’t think it was as good as it could’ve been for one main reason – unlike Huxley VR, this game didn’t really offer many opportunities to really explore and interact with the environment. It seemed as though most of the game could’ve been played in one position. The environments were nice but they were also akin to wallpaper – all well looking good but if you can’t really do much in them, it’s rather pointless.

7/10I always find it hard to grade theming in a VR room as they have an unfair advantage of being able to use technology to enhance the scenery. So I’m basing my score on the different places we visited instead. You start off the game in your own individual cells where you are briefed on the game. Once the team’s headsets are in place you then get transported to the headquarters through the magic of VR. Our mission was to travel through different time periods to locate our missing agents. If we were lucky enough to find any information we’d have to destroy these but keep on the trail of the agents. We travelled to various areas from space, the moon, abandoned warehouses to the Jurassic age. In each section, whilst the mission was the same, each game/task was set to the scene and we had to work together to complete the puzzles.

6/10The settings we were put in were immersive but limited in what you could do. One thing I would like to see which I haven’t seen before in these VR experiences is humour added to the game.

7/10Fun, if a bit simple. Like Huxley, I think the presence of the technology meant that the designers didn’t want to overwhelm players with taxing puzzles on top. But, what I’ve noticed is that VR rooms, in my experience, tend to do way better than physical games in involving the whole team. Simple things like dropping each of us in a different space so we had to coordinate with each other. If this was a physical room you’d probably be able to complete it in under twenty-five minutes.

6/10The puzzles in a VR room are rarely difficult and aplenty as the main part of these games is the experience. The tasks set all involved collaboration with the other players which made this game really fun. The majority of the puzzles were skill games where you had to shoot things, however there was some variety in the more historical time eras where we had to use some logic and move items to be able to solve puzzles. Whilst the puzzles were good, we had a few issues with the technology where we were unable to drop items we were already holding. Despite several requests to the GM, our plea was not heard or actioned. Due to this, we were unable to complete the mission. However, after explaining this to the GM, he let us replay the section we had technical difficulties on so I finally got my chance to shoot the T-Rex!

5/10The level of puzzles were not difficult, it was more about getting used to the VR equipment and taking in the experience. However, the last section we couldn’t do properly as we hadn’t been given clear instructions in putting a tool down in the same place, so we ran out of time. The host was busy with other games as they had technical issues so wasn’t constantly monitoring us. However he did allow us to do it again and we solved it quickly.

7/10I think, for me, the enjoyment comes almost fully from the team interaction – this is a game that well and truly forces you to play as part of a team and, consequently, success in the game very much feels shared, an aspect that is sometimes lacking from physical rooms.

8/10I had a lot of fun playing this game, as I loved the team play elements. There were times we were in hysterics due to shooting each other rather than the task at hand. Even with the technical difficulties, it didn’t spoil my experience. Whilst you may not get the difficulty and standard hunting side of an escape room, don’t let this put you off VR rooms as they are so fun! The other great touch to this room was the photo ops at the end where you are given a selfie stick and get to pose in each time period you visited.

6/10What I liked about this VR escape room was the interactivity with the other team members. You need to talk and pass objects between your team members to get through the stages. Also you get a small area to walk around in rather than having to sit down in a chair for an hour. I don’t think you can do this experience for too long as the headsets do heat up.

7/10Yeah, I think maybe this is a bit costly when you really think about it, after the initial investment of the tech, all the company needs to do for future games is license in new titles. They don’t have to rebuild anything or spend months playtesting. That, and, though not expected, this game is powered by the HTC Vive, a system that I actually happen to own meaning that it maybe wasn’t as special as it would be to others.

7/10At €30 pp this may feel quite pricey for something you can technically play in an arcade or at home. However as this is a free-roaming console it is new to have space to move around plus it’s great to be able to play with a group of friends! The other nice touch is that on arrival you are greeted with refreshments and sweets!

6/10This VR experience does a decent attempt in the escape room genre. But I didn’t come out feeling I wanted to do more. If you are looking for something a little different from the normal physical room, then it’s definitely worth trying.