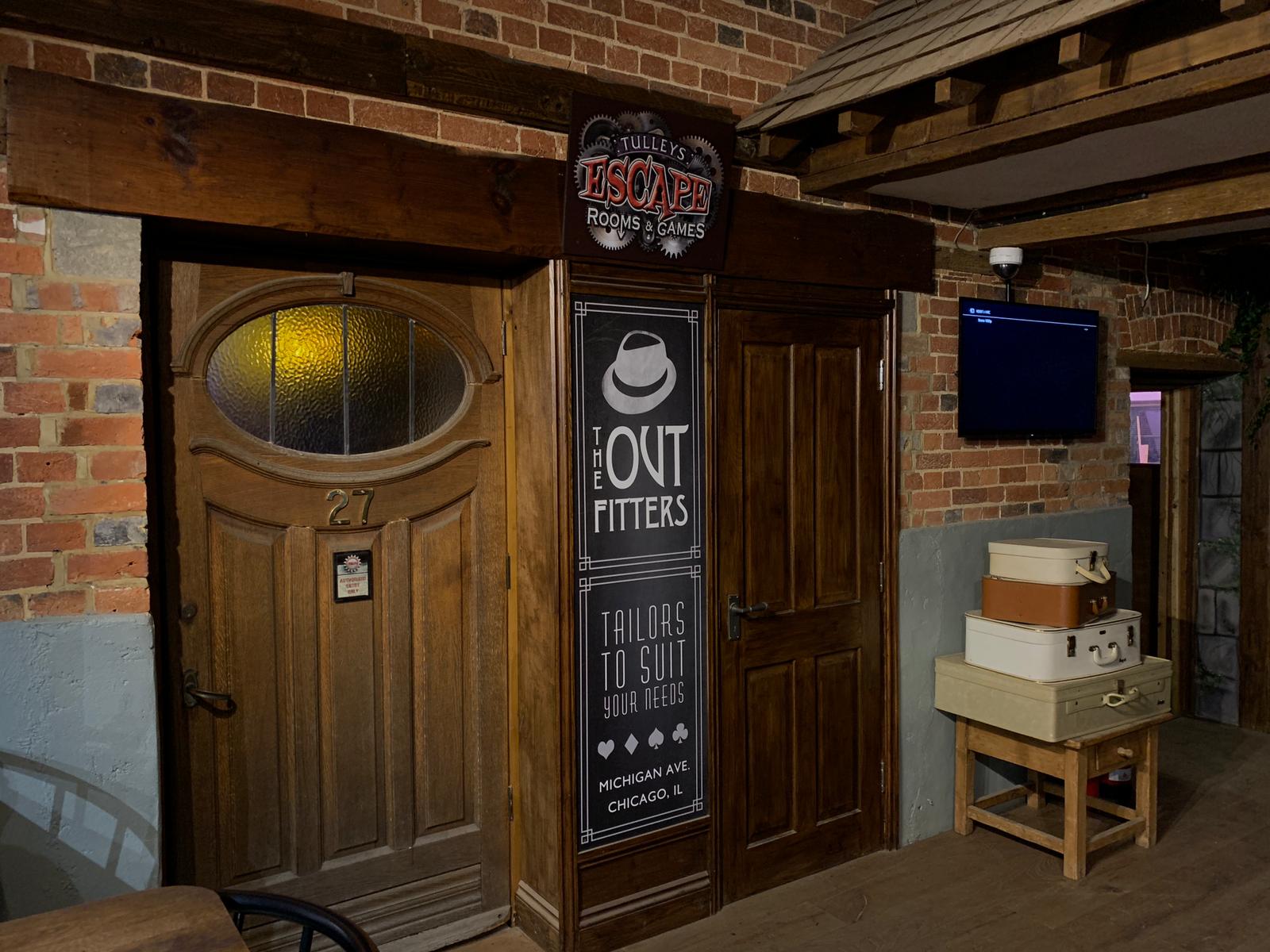 7/10At the risk of spoiling parts of the game, the first half of The Outfitters isn’t anywhere near as cool as the second. Let’s just say that the shop where you begin the game is very much a ‘front’ and things get a lot more interesting in the later stages! I think it’s best discovered for yourself but everything looks the part and some of the puzzles, though they may seem at contrast with the theme, make a lot of sense. After all, concealment is very much the name of the game here so riddles and deciphering clues are totally complementary to the game’s world.

8/10With this being a game themed on the mob, it was the room I was least excited about. However, this experience completely surpassed my expectations. Whilst the first few stages of the game are what you’d expect, a hotel room/office, Tulleys throw in a dark twist which is where the experience really starts. I don’t want to spoil this change, but what you face in the latter stages is epic. The theme becomes a lot more exciting and sets the tone perfectly for the synopsis of the game.

8/10The theming definitely improved as you went through to the later stages of this room. I liked how the story complemented the theming of the room. A few twists in the middle made it more interesting too.

7/10This was definitely a game of two halves with the first few spaces being heavy on cryptics and deciphering codes and clues and the later stages being a lot more physical and pattern-based. Being honest, I preferred the second half of the game from a puzzle perspective as well as a theming one.

7/10This game seemed a lot more manageable than the other two Tulley’s games for a team of three. There was a lot of searching involved and the puzzles seemed to be a lot more logical. There were times when we went off on our own to solve puzzles but the game was clever as it knew to keep bringing the group back together for group tasks which involved teamwork/communicating with each other. The majority of the game was non-linear and made to feel automated rather than the standard lock and key. My only issue is that once we reached ‘the twist’ stage, there were a couple of puzzles that didn’t seem to fit the theme.

7/10Again, my enjoyment of the game purely hinges on the second half of the game. The first few areas weren’t that interesting to look at or interact with. This is obviously by design but part of me thinks that any game should hit the ground running and the opening stages of The Outfitters didn’t do that. But, I think the second half is strong enough to carry it over the finish line – if you do play, be secure in the knowledge that it does get more interesting!

7/10I did enjoy this game namely due to ‘the twist’, however, there was no wow factor on the puzzles. We’d seen a lot of these before, and as some were off theme this lowers my score.

8/10The game definitely became more enjoyable in the later stages. The storyline and twist helps this.

7/10It’s a decent game albeit one that has a very slow start to it! Once it gets going though, it’s a lot of fun and you know what, you might not even care that the first few areas aren’t as cool as the rest! It’s a solid game either way though probably the least interesting of the three at Tulleys.

7/10At £25 pp you will get a good game with this one, the story is there through most of the game and ‘the twist’ really does make the theming. However, I would recommend the other two games over this one as you will get more of a ‘wow’ factor.

8/10As with the other rooms at Tulleys, this room does provide value for the amount you pay, as long as you get to the later stages of the room.