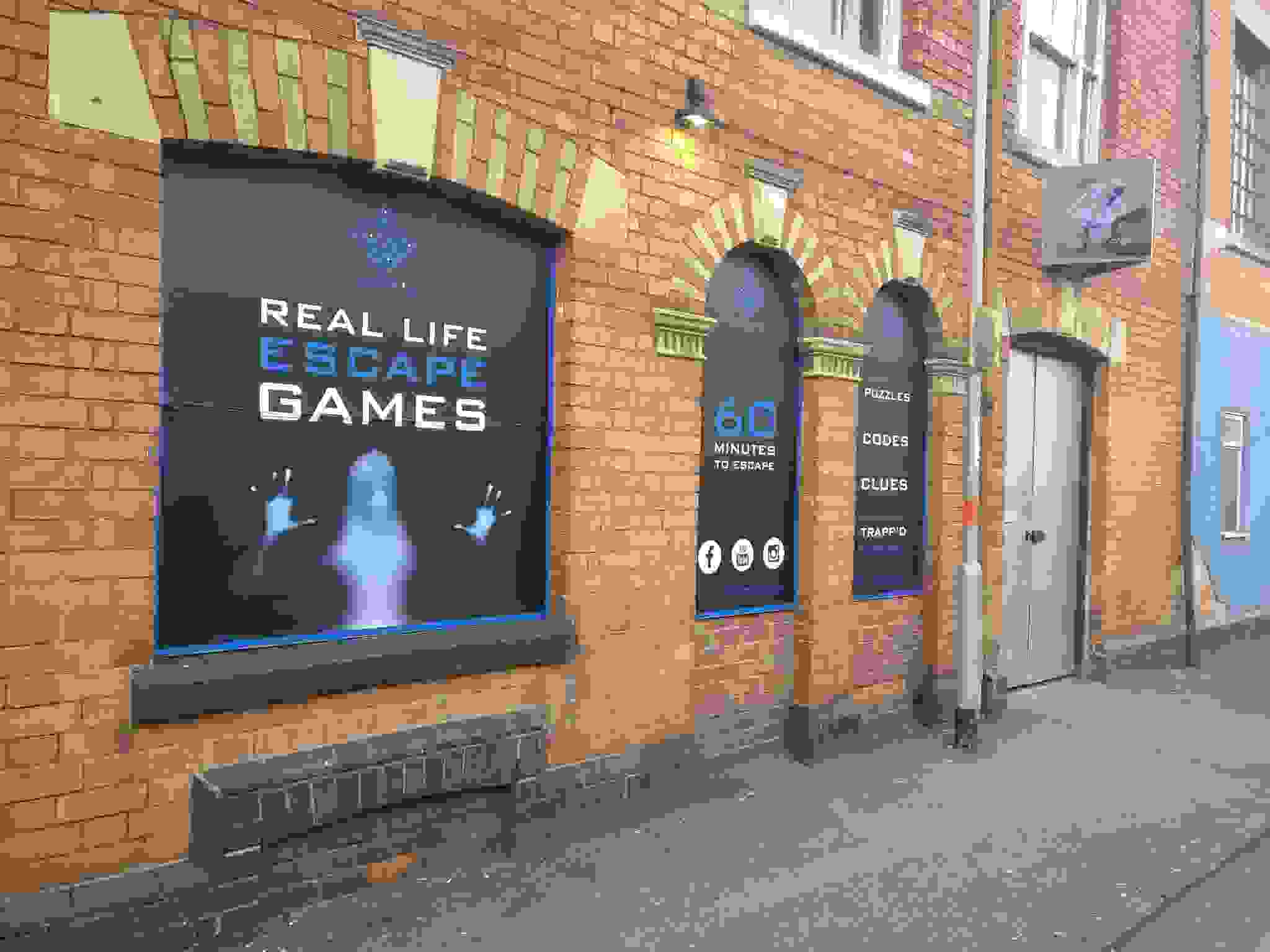 8/10Now this was an amazingly themed room; from the intro, to the protective clothes we were provided, to the actual set. Once we were in the room, we were faced with sand – I’m not talking a few grains, I mean there was a lot! Make sure you wear old clothing! The room had a lot of props in, including a mine cart, so it really showed they cared for the room design. The puzzles linked to the theme really well. The only reason I scored the room down is that I was hoping for a tunnel or some crumbling earth based on the game synopsis, but I suppose budgets limit this.

9/10We donned our hard hats and shoe protectors and entered a very convincing looking cave complete with railway track and cart. The floor, walls and items within all looked and felt very realistic. The downside being it’s very dusty in here so don’t wear your nice clothes as despite wearing protectors, my new shoes still got covered in it! The lighting is dim but not so dark that it became frustrating. The space is large and there’s multiple areas to explore. The theming transferred over to the puzzles nicely, apart from one which stuck out like a sore thumb. The blurb says the game begins with an explosion. I was a little disappointed to discover it was just metaphorical!

7/10This room had a lot of searching in, which if you’ve read our previous reviews, we are pretty bad at. That aside, the games linked to the theme well. The puzzles were fairly logical except the penultimate challenge which baffled us a while. There were some good ‘outside the box’ challenges which I hadn’t seen before, but it really adds to the team play. However I felt a little disheartened in places as after each mini game, no reward was achieved, you just saw the ‘exit’ key fall lower down the box.

8/10This is a search heavy game. You’ll need to look everywhere, and look closely! We struggled because we couldn’t find crucial information that was hidden within the rooms (our usual problem). The logic to the games was fine though. One puzzle involved bright coloured lights which seemed really out of place compared to everything else in there. To escape, you need to release an item from a box. But it has 5 separate locks so every time you get a key or code, you don’t get the instant gratification of making progress as nothing happens.

8/10I really enjoyed this game as the theming was so good. I may have destroyed my black jeans, but this added to my fun. I also loved the banter of our host who made one of our team dress up for no reason! This room has a lot of good space and the puzzles were more on the brain teaser side which I really enjoyed. The only thing lacking in this room was the epic start the synopsis promised, and the lack of a finale at the end. I did however keep my score high as I really liked the GM, which can often make or break enjoyment.

7/10With the theming being so good, this felt like an adventure. It was fun exploring the rooms and finding out their secrets. However I felt there was a bit too much searching required, especially for hard to find things, which slowed our game down and reduced my enjoyment a tad. Our host was really good and added another fun factor to the proceedings. They’ve also got a cool lobby where the walls and ceilings are almost completely covered in previous players messages.

9/10This room is such good value for the price, considering we’ve paid double that in some London rooms for a non-themed room! The host was really entertaining, the room size was great and the puzzles were fun! I feel this room would be good for all levels of gamers, and one I would definitely recommend!

9/10You get an awful lot for your money here. £15-17 per person for a 4 man team is a great price as it is. But coupled with some fantastic theming in a spacious area with plenty of room to explore and a challenging set of missions to complete, this becomes fantastic value for money. Molten Creek Mine is a room I’d definitely recommend you play.