Thinking Outside the Box: Merlin review 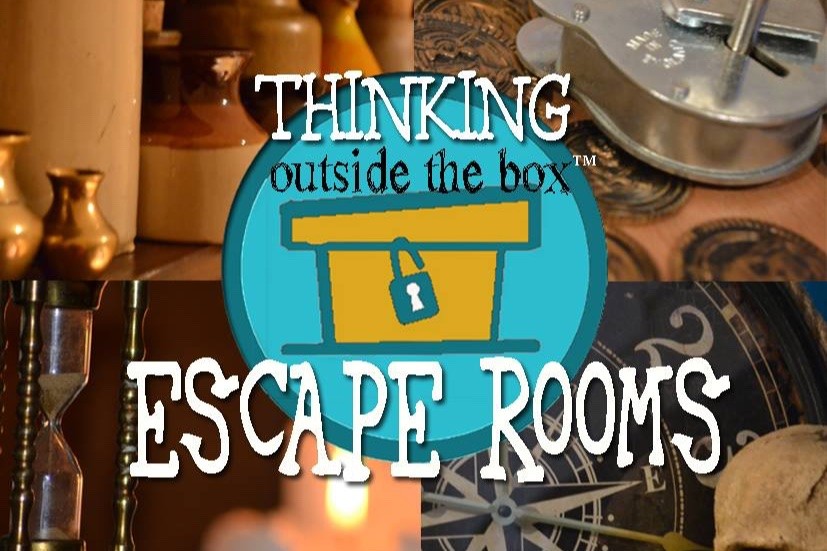 Company:
Thinking Outside the Box

Synopsis:
You’re an archaeologist who goes to Merlin’s cave which has not been touched for a thousand years. Once inside, you become trapped by the same curse that imprisoned the legendary wizard. You need to fight magic with magic and break the curse or you’ll be doomed forever.

7/10Another good game from Thinking Outside the Box with a number of elements that you don’t normally encounter in escape rooms.

7/10At £21 pp this is at the lower end of the scale for an escape room. The set designs were believable and the puzzles were good. Great experience for the whole family.

9/10For a relatively low £21 per person, you get an awful lot for your money. A room of this calibre in London would set you back a lot more.

6/10Whilst I can appreciate the theming of this room, some parts looked a bit worn and lacked solidity, meaning that it was sometimes clear that we were in decorated room rather than the cave from the story.

7/10As this room is based on Merlin, I liked how you did get the feeling you were in a wizards lab. As I don’t want to give spoilers I won’t ruin another part that I thought was epic. I also liked how the clues were given which also kept in theme.

9/10This room has a homemade feel to it, but with a modern touch. You can tell a lot of time and effort has been spent creating the set, which does look impressive.

7/10There was definitely a Merlin/wizard feel in this room. A bit “rickety” in places but nothing that bad to ruin the fun.

6/10Merlin didn’t feel as fresh as Stranded did, the story was more conventional although some of the puzzles were certainly new to me.

6/10I really enjoyed this room but there was nothing too unique. A few cool parts that were different on technology but overall were standard.

8/10The method they use to tell us the story and give us clues is genius. It is so clever and makes the room feel big budget.

7/10The host is what made this room unique to me, he added the humour element. The room also felt more automated, one thing would lead onto the other.

6/10I found these to be hit and miss, they generally felt more obscure than those in Stranded and some of the solutions weren’t that satisfying. On the other side of the coin, there were some great physical moments, a puzzle relying on a rarely used sense and a suitably epic finale.

7/10The puzzles were quite tricky in parts and I liked the way they all kept to the theme of the room. I particularly liked the skill elements to the game. Yes there was the usual hunting for items and solving riddles but what this company did well was add a fun element to how they were solved.

6/10Some of the puzzles are really tough. The final one was quite confusing. But whether that was an issue with the puzzle or with us, I don’t know.

7/10The puzzles were fun, different and in line with the theming of the room. You had to use your different senses on some of the puzzles. The clue system definitely felt up to date with modern times. What I like about this room, which we found out after the room, was that the difficulty level can be changed depending on how the team wants it.

The guys haven’t just thrown a bunch of puzzles in a room here, there’s a story and they’re all on theme so if you like a fully fleshed out experience, I’d recommend this room.

The theming was kept strong throughout and the finale was pretty epic!

The set and special effects are really well constructed. The space is quite large with multiple rooms to explore. The host is really passionate and welcoming.

The host made this a fun room to do and I enjoyed the experience throughout. At the end of the game the host gave his favourite quotes said by our team, which was a nice little touch. Also there was a mini “wow” factor at the end, if you get that far!

Normally, non-linear rooms are preferred for us, especially as we usually play as a four. Here though, massive swathes of the game were completed without me even knowing.

I thought some of the puzzles were too difficult and the logic was missed on some. With the aid of the clue we still struggled on one part of the game which lost us a fair bit of time.

You may find this a bit too tough if you’re new to escape rooms and/or logic puzzles. I feel that the final challenge was too complicated/confusing and could do with being tweaked.

I felt there was a bit too much of a leap in the last puzzle to make it solvable, but this is a small point.