The Game: The Treasure of the Templars Assassin’s Creed review 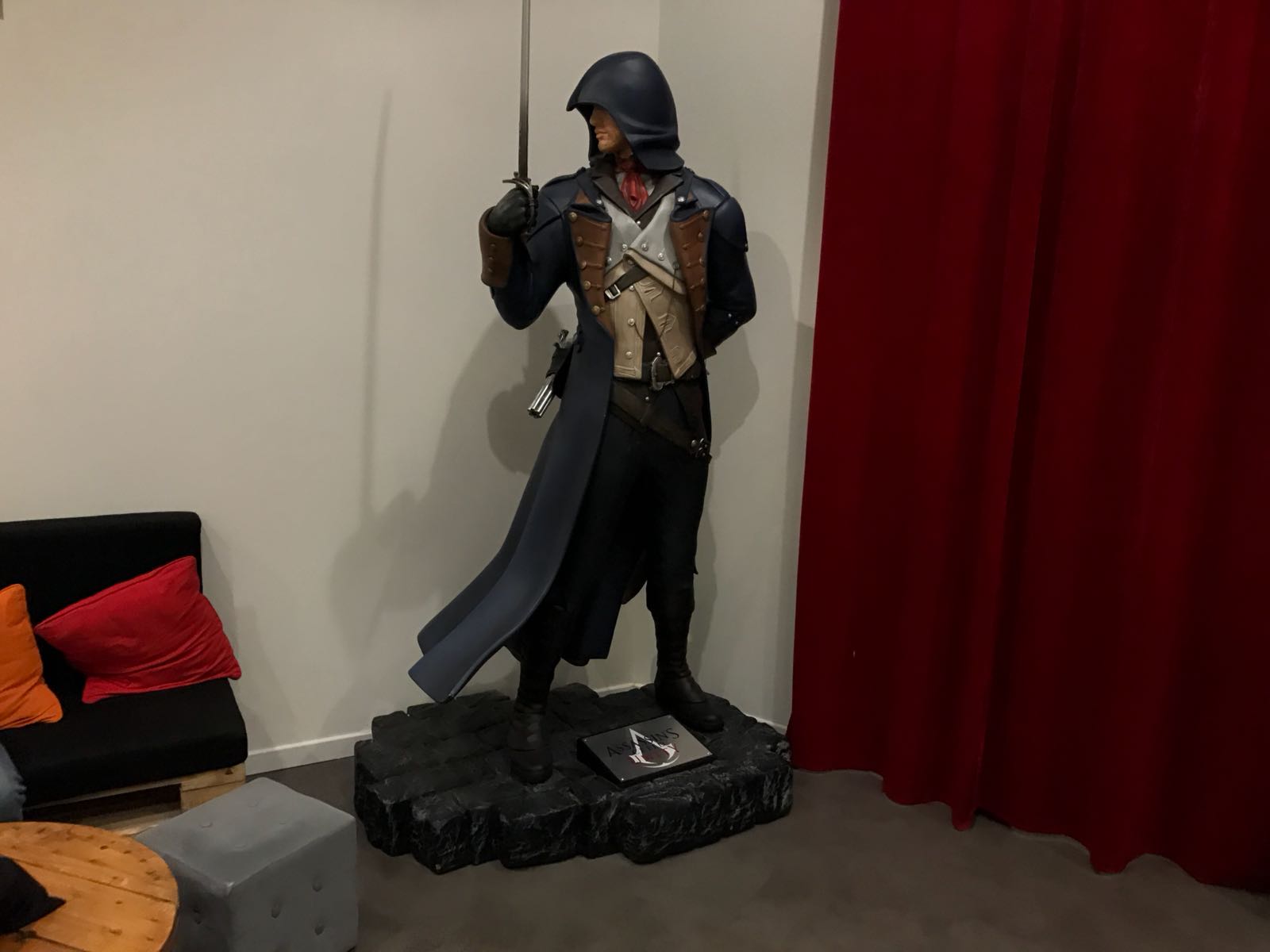 8/10When this game began, I mentally groaned. The opening area is my mortal enemy, a standard living space! However, the application of time travel in the game soon sees you visit other, way more interesting, areas and the game uses it really well with some puzzles in the present day having their solution in the past etc. So don’t be disheartened by that first room, it gets a lot better!

7/10The setting for the game was to find a sacred treasure that the Templars were in possession of. We were sent to a suspect who worked for the Templars and our game started in his home. The room design was basic but had some added features to link back to the Templars. As we continued through the game, we were then transported back to the past where we entered a street which did look like it was taken from the set of Assasin’s Creed movie or game. As this is a fully licensed game you can see that this section was the main part to link you to the theme. We then located the Templars house in the past which ironically was the same room design as the first. This may seem dull to some gamers but it really worked due to the slight differences and different puzzles. There were so many elements to this game but all puzzles/tasks/clue systems were strong to the theme.

6/10For a licensed room I was expecting a lot of thought and time put into the set, but the first and last sections were bog standard office studies. The middle section was a bit different and seemed realistic. There was no real connection to Assassins Creed.

7/10I’d say that this was a game that was heavily dependant on observation skills. There’s a number of times where you’ll encounter something and have to correspond it to something you’ve seen elsewhere. This happens a lot in The Treasure of the Templars so make sure to pay attention to absolutely everything you see!

8/10As the majority of the game is set in the past, the games are not hi-tech which may disappoint some gamers. However there is a lovely mix of tasks from logic to mental and a small use of skill. The room had a really nice flow which involved a lot of team play which is always a strong seller to me. As we were a group of three there was a lot to do. We were really poor as usual for hunting for things so our GM found it amusing to keep telling us we haven’t found all the parts to solve the task. The way the clues are delivered are pretty neat too! The puzzles were all on theme except maybe one in the first room which lowered my score a little. Other than that I really enjoyed the tasks. There wasn’t many padlocks and a few new games featured that I’d not played before!

7/10The game was reasonably linear in format. I noticed there were a couple of red herrings which could distract you from completing the game. There is a lot to do and there will be many times where the team has to coordinate with each other.

8/10This game was fun. The time travel aspect is by far the game’s biggest selling point, especially the way that it affects the sets. I didn’t find any part of the game to be tough although there is a pretty drawn-out searching task in the room’s middle section! It’s just a decent, well-designed room that has a nice flow and logic to it.

8/10I really enjoyed this game. I loved the team play elements, the games were great and the set design for section two was pretty epic. The only thing I feel this room lacked was the finale, it didn’t seem quite as epic as I was expecting from the franchise. However I did get to wear the famous hood for the photo at the end! Once again The Game have delivered another great room. The host was super friendly and courteous by offering complimentary drinks as well.

6/10I liked the time travel element of this game. Apart from that nothing wowed me.

7/10Okay, it might be on the slightly expensive end of the scale but it’s a very playable game. Add to that the general set up of The Game – these guys are great from the moment you step into the building until you leave – and I think you have a game that’s definitely worth giving a shot. And stick around for some of their other games too, we’ve enjoyed everything that we’ve played of theirs so far!

7/10At €32 pp for a team of 3, this room is quite expensive. However the experience you get with The Game company is always good. This was the third room I’ve played by them and again I wasn’t disappointed. With the added kindness and care from the hosts you’ll get a really great experience.

6/10In terms of value there is no reason not to do this game but don’t expect it to wow you. For me it was a middle of the road escape room.