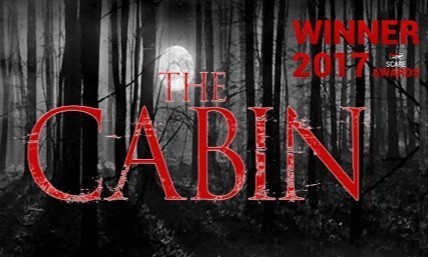 Synopsis:
Welcome to The Cabin. You think Blair Witch was scary? Prepare for an hour of insane horror! Stuck in the woods you have 60 minutes to solve the clues and save the the missing children. Do you have what it takes to defeat the Witch?

Price at time of visit:
£15 per person

6/10This is a double-edged sword. On the one hand, this is definitely on the cheaper end of the scale and you get a nicely themed, immersive experience. The downside to this is that they operate public bookings. Their rooms have a capacity of 12 and they will keep taking bookings until they’ve hit that cap so there’s a strong possibility that you’ll be playing with strangers. If the room fills to capacity, it straight up won’t be so much fun – it felt cramped with just three of us in there!

7/10For £15 pp I thought the game was great value for money, however as this is a temporary game some of the set was a bit worn.

6/10For £15 each, this was good value for money for us as there was only us 3 in the room. However they allow up to 12 people at any one time and you may get grouped in with strangers. I wouldn’t recommend this room for groups over 4 people due to the lack of space and lack of games each person would get to do.

8/10It’s an abandoned cabin and it very much feels like that. However, the use of an ‘outdoor’ section lends a sense of realism and place to this game.

6/10The set made you feel like you were in a log cabin in the middle of nowhere trying to find a missing person. The theming kept strong throughout and although some areas were a bit worn I felt they did a good job. The scenery was however quite basic but that’s the only real negative.

5/10The room was decently themed, but was looking a bit run down. The host delivered the introduction with as much passion as a pair of Y fronts, which didn’t help to bring us into the scene.

7/10This is one of those rare games that employs the use of a live actor. Every so often, a ‘witch’ would appear and regardless of what we were doing, we had to get away from it! This creature’s appearances didn’t appear to be tied to or triggered by our progress, making its appearances more natural as they didn’t occur at predestined points (as far as we could tell).

7/10The most unique part to this game was that the host stays in the room for you throughout. I personally found this to be quite off putting. I also loved the added fear element where every so often you would have to stand in the light to avoid the harpy that would come and visit on several occasions.

7/10They’ve added a scare element to the usual escape room game, where you are being stalked by a creature that comes after you when the lights go off and is quite effective. Otherwise it’s just the standard fare.

6/10I’m half-half on these. They seemed varied enough and, a lot of the time, they were logical in the context of the room. Equally, one or two moments were pretty tenuous including a colour-based puzzle where the correct colour was a bit of a stretch from where the game directed you.

7/10The puzzles were typical of an escape room where you had to locate objects to be able to solve the clues. There were some good ideas with decoding symbols, making a wicker man and some great logic. I also liked how you could play in a non-linear fashion. There was however one point when we got stuck purely because we were looking for a certain coloured object to find out, after a clue, that the object in question didn’t quite match.

5/10No stand out puzzles here, just the usual locks and puzzles. Not bad, but not great. One puzzle involved us looking for a certain coloured object, which we discovered after asking for a clue didn’t really match up with the colour.

The inclusion of the live actor definitely makes this game stand out, creating a fun, tension-filled hour.

I really liked the added element of the harpy and I liked the logic of the puzzles.

There were a couple of live actors as part of the game. I enjoyed the strobe effect when the creature was menacingly following me around!

Two things. Maxing the room out to 12 people is a very bad idea and believe that this could seriously hamper your enjoyment of the game. The second thing is having the GM in the room with you. Granted, they made their presence somewhat fit the narrative (although, if they seemingly knew the answers, why didn’t they help themselves out?) but it was just incredibly distracting to have someone constantly looming over you.

I was so distracted by the host being in the room I found it hard to focus my full attention on the game.

The places you spend most of your time are very cramped, whereas the larger space is barely used. The host stays with you in the room and follows you around which is very off putting and something I’ve not experienced before. They lost our booking and so we had to wait around for an hour before we could play.