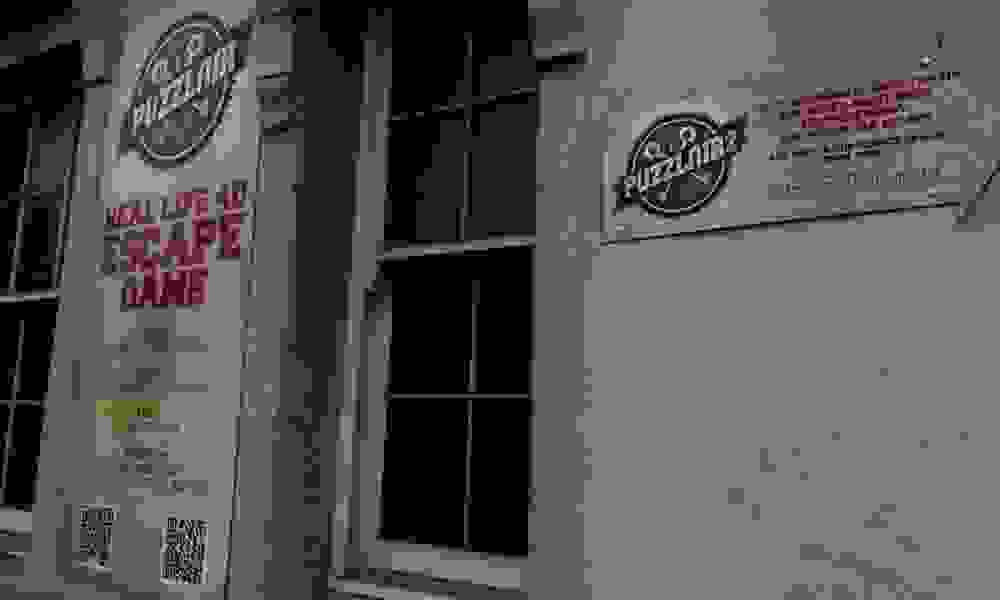 Synopsis:
This is the secret hideout and laboratory of the mysterious Romanian geneticist and biologist Dr. Lev Pasted. In his late years he focused his experiments on some kind of blood elixir. The formula has gone, so has the doctor. Some say, the secret blood serum is still inside the lab hidden somewhere.

7/10It’s a relatively basic game but a lot of fun with a few unique features, I came out of the game happy to have played it.

7/10At £27 it is at the high end of the scale, however the room is great fun, we played as a two however I feel more than 4 would leave some people stood around.

6/10The space itself was pretty bland, lots of white walls and quite sparse. However, all the puzzles made sense in the room aiding in the immersion of being locked in lab.

8/10With the theme being a doctor’s lab, it did feel like a laboratory with chemistry and physics imagery all around. I also liked how you had to use the sciences to help solve the puzzles. Some people may feel they want more from a lab, but it did the trick for me.

7/10On the one hand, the game was visually uninteresting and was riddled with padlocks but the other side of the coin is that there were a number of features that we haven’t seen before.

6/10Having played a few lab games before there was not much in the way of uniqueness, however the passion that this company seems to have for escape rooms really shows with the key to detail on the games and rooms.

6/10A few pattern recognition games, some searching and a few short physical games that didn’t gobble up our time like they usually do. As mentioned, some had unique elements to them and freshened up some typical puzzle tropes. One word – be careful with your searches!

8/10Whilst the room had a lot of padlocks, I was really impressed with the selection of different puzzles. They threw in some skill games, logic puzzles and a few decoding games too. There is a lot of hunting in this game but seemed less difficult than their other game ‘Poltergeist‘. I was also impressed how the game stuck to the theme of the lab throughout.

The linear approach really worked with our team of two and nothing felt too obscure or much of a chore.

I really liked the mixture of puzzles and how the company stuck to the theme.

The succession of padlocks and relatively bland nature of the room’s appearance.

I thought there were again too many padlocks.