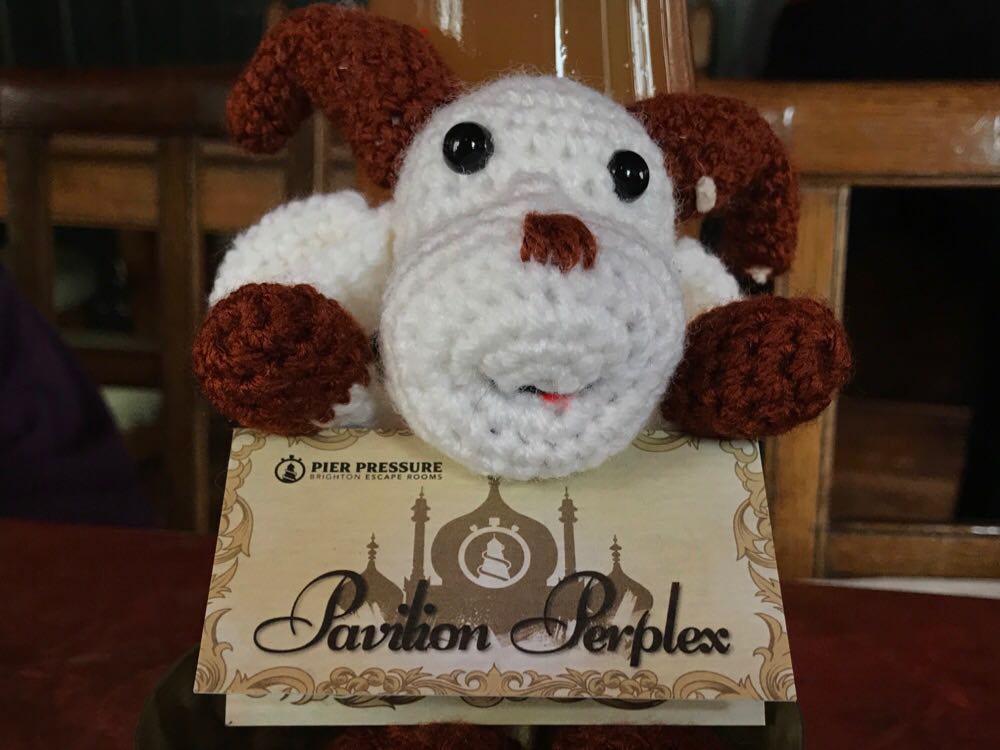 7/10It was nicely done, with everything possessing an air of authenticity about it but, at the same time, the locale was relatively generic. I couldn’t shake the feeling that these spaces were just a fancy take on the typical ‘study’ escape room. Pier Pressure have a unique hook that potentially excuses them from such designs – they make games that are based around Brighton’s history so it’s unrealistic to expect anything larger than life.

8/10We were sent back in time to the Victorian ages where we were given the task to save The Brighton Pavilion. From the moment our host met us to the end she stayed in character which was really refreshing. Whilst in essence this was yet another room, Pier Pressure went above and beyond to stand out from other companies by ensuring everything that was inside the room was clearly from the Victorian ages – from the furniture, to the decorations to the music. It was a simple touch but delivered to an outstanding level. The games were all strongly linked to the theme too and I liked the unique way clues were given.

8/10They added fun to a theme that on paper didn’t sound that exciting. The host delivered the story in character, dressed in Victorian garb and doing a pretty good Victorian accent too! Then there was the clue system that was delivered by carrier pigeon! This may not be a high end room, but it’s got bags of character and a decent set. There’s not a lot of soundproofing though as at times I could clearly hear other people talking and moving around which broke the immersion.

8/10What I like about this room is even before you enter you are already immersed into the story. The host is in character and dressed up as a Victorian maid with a feather duster. She gave a back story to the room but added comedy to the intro. As with their other room, the room is connected to the history of Brighton which is a nice touch. Once inside, you definitely felt you had been transported back to the Victorian era and everything in the room is what you would expect from that era. The puzzles were on point with the theme.

7/10So, being centered around the potential demolition of the Brighton Pavilion, the puzzles here were surprisingly high-tech considering the era the game was referencing. There’s nothing that breaks the logic of the game’s narrative – I guess I was just expecting less physical tasks than the room threw our way. Everything was perfectly logical and had a perfect difficulty curve.

7/10Every task in this room was linked nicely to the Victorian theme. There was a really nice mixture of puzzles which included a great little skill game. Whilst none of the puzzles were particularly difficult, the games were logical and a little different to others we’ve played. Don’t expect any hi-tech puzzles! What I really liked was how as a team of four there was plenty for us to go off and work on by ourselves or as a duo with only being stood around when discussing how to solve some of the trickier puzzles. This room encouraged a lot of team communication and team play which is always a high point for me in a game.

8/10There were a decent number of games in here which meant we could split up and each take ownership of one. But there were also some team games to bring us back together again. This included a skill game that was trickier than it seemed. There were no combination locks and only 2 keys so this was no run of the mill room. There were a few puzzle ideas I’ve not seen before too. There was one thing I had an issue with though – I didn’t quite get the logic to the rope puzzle.

8/10This was a no padlock room which was a nice change from other escape rooms that we do. The clue system came via a pigeon which was a little different and the host was hands off in providing clues unless you requested. There was enough to do in there to keep people busy, but nothing in there that would trouble escape enthusiasts. What was good were that the puzzles just made sense, a mix of skill and logic puzzles and puzzles that involved the whole team. 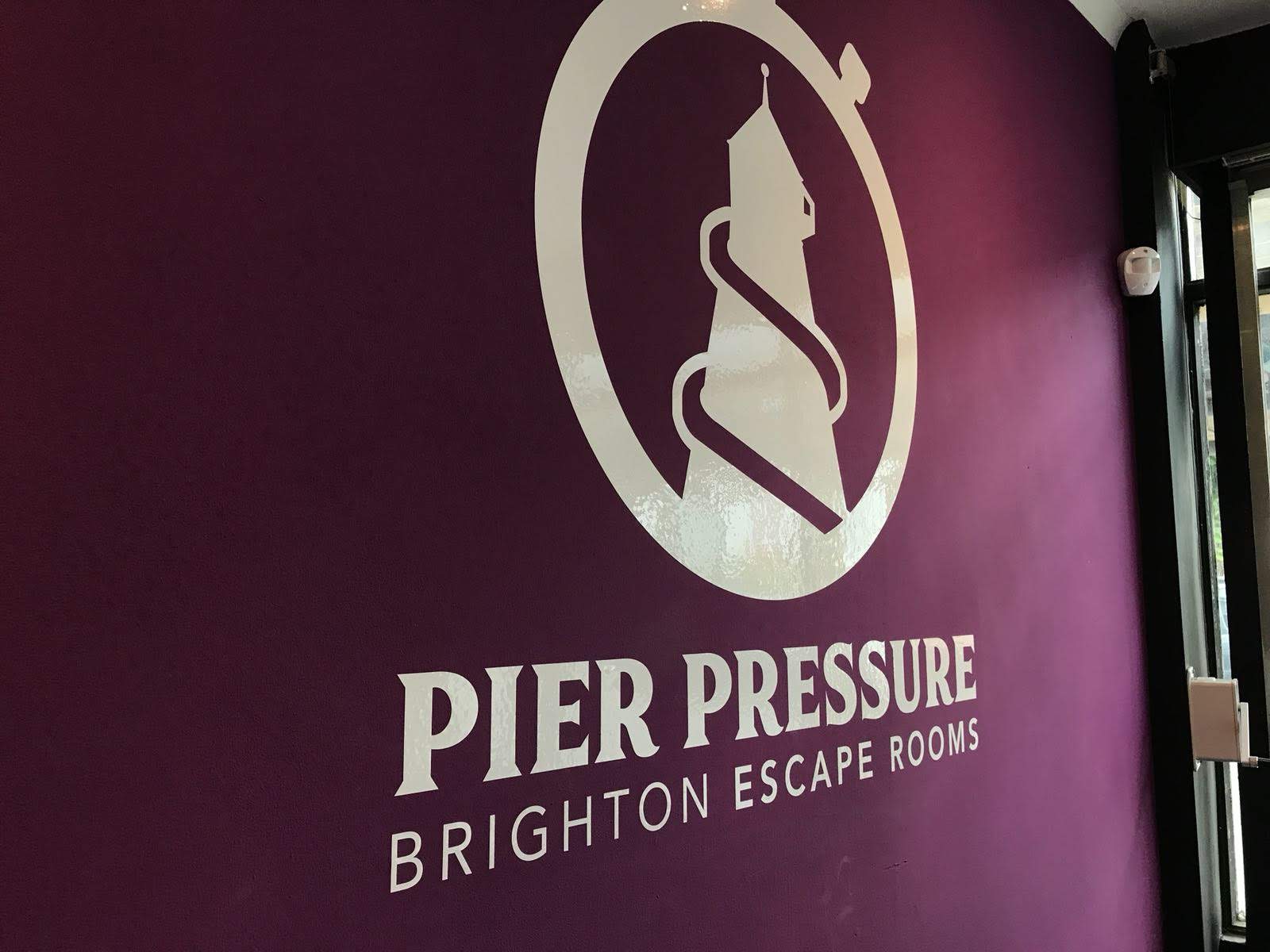 8/10Yeah, this was a lot of fun. There were a few non-linear moments, meaning that there was usually something for everyone to be working on. More than anything else though, the game just had a great flow to it. Every task gracefully led onto the next and the level of interactivity that the set provided made for a great hour.

9/10I really really enjoyed this game. Whilst the set was simple and just a room, the attention to detail on the theme was really good, plus I liked how the game was based on a real life event that actually happened in Brighton. The host was absolutely brilliant and really showed passion and interest in our team. Yes the puzzles weren’t mind blowing but they were fun to play which is why my score is so high. It was nice to walk out of a room with a content feeling.

8/10To be honest, I arrived not particularly excited by the theme and expecting it to be a bit of a ‘meh’ room. But Pier Pressure have created a well thought out all-round experience here. Both the theming and puzzles are good, and they are joined by fun little touches like the host being in character, the clue pigeon and the humorous stamps your team get at the end documenting what areas you did well in.

9/10I came out of this room feeling I had a really enjoyable experience and I was eager to try their other room (which is a good sign for me). The staff were also engaging and felt passionate about their rooms.

7/10It’s worth playing. I think the thing that ultimately holds me back from scoring it higher is that the theme is just a slightly different take on something that we’ve seen time and time again. Like I mentioned earlier, Pier Pressure have a great reason for this being the case but it doesn’t change the fact that it’s just a shade different from one of the biggest theme cliches.

10/10At £23.50 this is a normal price for a room. For me this company excels in pride and passion for the industry. Whilst the idea may not interest others, the way the company links it to the history of Brighton is a strong seller to me. The theming is strong, the hosts are excellent and I loved our little scorecard at the end when they personalised our achievements by way of a stamp.

8/10The staff were very welcoming and passionate. They have created a really good all-round experience with Pavilion Perplex. They’ve got the story which is based on an actual event from the local area, the puzzles which are challenging but logical and they’ve added the fun factor too. At £23.50 per person, you can’t argue with that.

9/10I highly recommend doing this room. It felt clean and logical. The connection to the town is what made it stand out from other escape rooms. 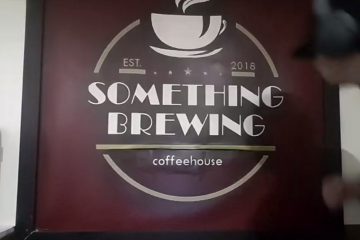