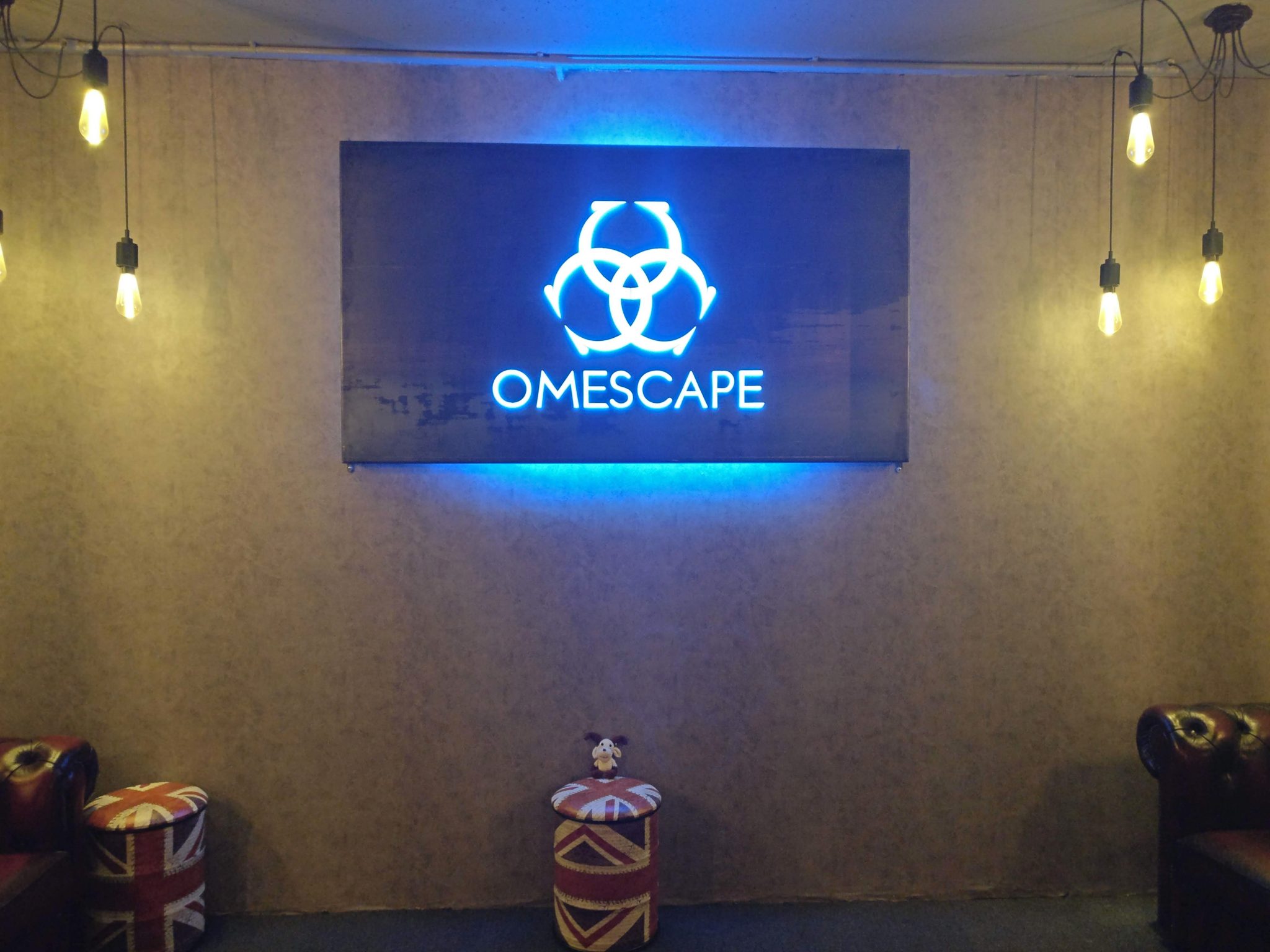 3/10They tried in a few places; the opening room had a nice feature but, for the most part, the place was pretty bare. This might be to the advantage of beginner players though as it does provide a very clear path to work along. It just makes for a rather empty experience. One thing I do need to point out, however, is the verticality of the game – there are moments where you’re climbing up and down the set in a manner reminiscent of a cat. This was a cool addition to the game and I would’ve liked to have seen more of this sort of creativity.

2/10Having read all the reviews on the US version of this game I was expecting the theming to be amazing and on point. Sadly the expectation was left short. The rooms were basically empty with the only furniture in the room being the item you required to solve a puzzle. The game was called ‘Kingdom of Cats’ so I would have thought the rooms would feel like a set cats would create, with scratched walls, toys, climbing areas maybe even a cat smell. Instead, all we were given was the odd poster. I feel the theming needs a lot of additions to add to the threat and theme of menacing cats.

3/10The cat theme had potential and was intriguingly different, but their implementation just didn’t excite. The rooms were so sparse. Pretty much the only things in there were the puzzles themselves. Yes, they were themed relatively well, but because the rest of the room was empty you knew exactly what you needed to focus on and it left you wanting more. The premise says you are trapped in a land where big cats rule and there are no other humans. Yet the very few cats we come across are far from big! They could have done so much more with the theme to make it more immersive and exciting, which is such a shame.

4/10The different sections felt very boxy, not many objects in the room, with just a few things on the wall. Mostly everything there had to be used in some way or how. It felt very basic with nothing extravagant.

4/10There was a distinct lack of them with each room playing host to just a couple and they were really oddly balanced. Some were very straightforward and then others felt a bit flimsy as far as divining their solution went. There were a handful of cool elements such as a scent-based puzzle but the execution of this task made an already subjective challenge more taxing.

3/10In this game you entered a sparse area, solved a puzzle then moved to the next room. This happened with every scene. It felt no imagination for variety was used. The puzzles were obviously linear and in some occasions, you could fluke the answer without trying simply by pressing the right section on a wall. The games were not overly difficult but the logic seemed lacking on some of the tasks. The room also had a ‘smell’ game which we feel needs a lot more work to be able to distinguish the scents with a bit more ease.

3/10Where do I start? There’s a lot of issues! The alignment on one puzzle needed to be so precise that the host had to tell us to try again as we thought we were wrong. Another puzzle which needed you to measure something wasn’t accurate and we only solved it as I presumed it had to be another answer because of what we had to do with it. One puzzle was too easy to cheat the answer to. A padlock opened after putting just one number in – either we were extremely lucky, or the host didn’t reset the numbers from the previous game properly. One game involved smell but the differences between some of them were too similar so the host had to give us a lot of help to get through it. There’s even more but I won’t go on! Some of the games had potential though, if they can iron out the issues.

4/10There were a few teething issues with the puzzles. One puzzle we had to use our sense of smell, but I think there were too many of them and the smells were not distinct enough. Another puzzle took me back to my high school math lesson days, we had to use a protractor! I’m not sure how it linked in with the theming though. The angles were not very accurate and clear in my opinion. There was no real connection or logic in the puzzles as you went through the different sections.

3/10Yeah, this one just wasn’t all that fun to play. I think the lack of theming hurt it the most. Coupling that with the real mixed bag of puzzles resulted in a game that felt like it’s a few revisions away from being special. For me, they should play up the physical side of the room. They made the right start with the set taking place over multiple levels and the scent puzzle, though flawed, had good intentions re. the theme. Protractors in a cat-centric game do not fit!

2/10I can’t put my finger on why, maybe the lack of theming or the puzzles, but I left this room feeling very uninspired and unsatisfied. There’s usually something I like in all games we’ve played but this room did nothing for me. Maybe if they added more to the theme and more teamwork games my score would improve.

3/10First impressions weren’t great as we were left on our own for quite a while and our game started late. It was a one man band so we had to sit and twiddle our thumbs while he set everything up as there was nothing to play with in the waiting area. The puzzles are so linear with often just one puzzle per room, meaning there were times when you were just watching others solving things which isn’t very fun. I wouldn’t recommend a team size bigger than 4. Plus with the poor lighting, you often found yourself blocking the light for others, or them blocking it for you so you couldn’t see the puzzles properly. The games and theme were just lacklustre. There were quite a few rooms to explore which was a slight saving grace.

4/10In terms of enjoyment there was no real wow factor in the game and no excitement. I think a better ending was required. The game was very linear and at times there was a bit of waiting around. One thing I did like about the different sections were the different levels of height they were at. There were times you had to climb and crawl through tunnels.

3/10This could be a matter of perspective. Sometimes I think our experience with these games is part of the problem. We expect a lot and from a beginner’s perspective what we want to see could be considered overwhelming. I actually think this a nice game to play if you’re relatively fresh. It’s uncluttered and has a good variety of things to do even if some of them are a bit clunky. But, from my point of view, it doesn’t provide great value if you’ve got more than 5 games under your belt.

3/10For the price, you get a game with lots of rooms, which feels like they’ve tried to add value for money. However I felt like the space of the rooms needed a more interesting set, more games linked to the cat theme and perhaps more teamwork games. If you had more than 3 in this room there will be a lot of standing around for some players.

3/10At £27.25 each for a group of four, it’s a tad pricey, but then it’s central London so you expect to pay more. Although we ran out of time, he let us carry on to complete the game, meaning we overran by around 6 minutes. This was a nice touch and showed he was interested in our enjoyment and not just our money. However with the poor theming, puzzles and enjoyment, I wouldn’t recommend you play this when there are so many other better escape rooms in London.

3/10This room still needs a bit of tweaking done to it and feels it is still in its infancy. It had a very clean feel to it but at the end of it it didn’t give me that feeling that I wanted to do more.