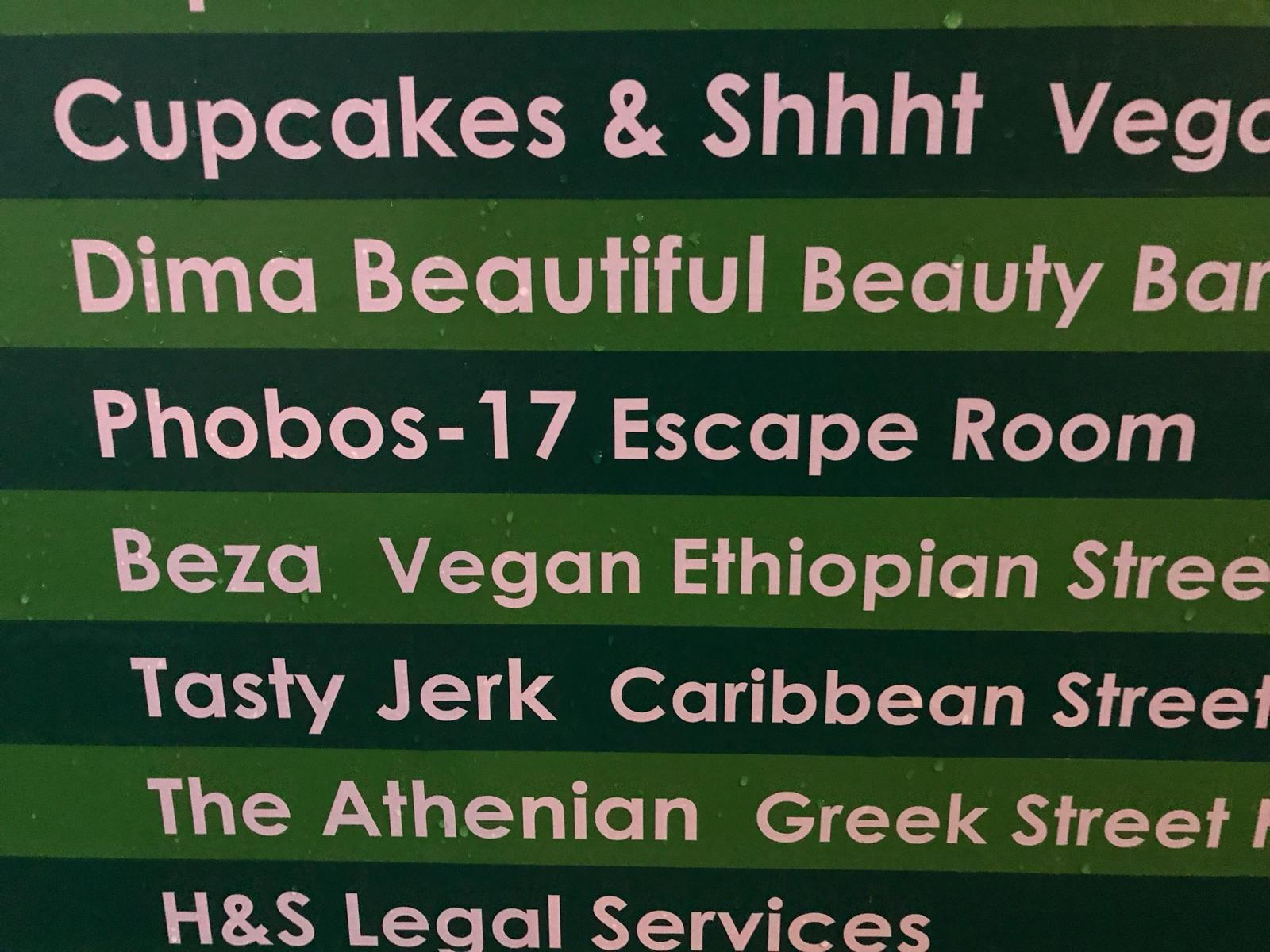 7/10Think of a broken-down old spaceship like something you might see in an episode of Red Dwarf and you can pretty much imagine what this game looked like. It was surprisingly well built and the game provided many opportunities to interact with it. I’ll say now that some of the puzzles didn’t make much sense in the reality of the world but I don’t think the game was aiming for that, instead offering a fun experience with a narrative that developed as we progressed.

7/10Even though the game was in its testing stage, the company have made a simple but effective room design. We were in an old run down spaceship, the imagery involved piping, frayed wires and poor lighting. The area was not overly spacious and I feel a group larger than 4 would be too much for this room. The second part to this game is the stand out, however it lacked an epic ending. I feel this could be worked on with aid of tense music, smells, effects etc.

7/10I enjoyed these – it was probably more observational based than anything else – pay attention to everything that you see, chances are it’s there for a reason! There were some cool little features, one of which I really can’t describe at all without giving the game away! We came slightly unstuck on one puzzle but, discussing with the owner afterwards, that’s going to be changed.

7/10The puzzles all linked well to the theme by using the set as a tool rather than the typical lock and key. The puzzles were logical and made sense, however I feel there is not enough to do in this game for a large group. What I liked about the tasks is that you feel if you were trying to get in an area in real life, you would most likely do what your task is here. The second stage of this game involves good communication and teamwork. I would however invest in a better timer and clue system.

9/10I loved our time in Phobos 17. The first half of the game was slightly trickier but once we found our groove the game flowed brilliantly. What I really appreciated about it is that, whilst it will be tougher as a group of two, this is a game that feels achievable in a smaller group which is quite rare!

8/10For a room in its first stage, this game was very enjoyable as the tasks felt real. I also liked how as a two we were able to manoeuvre through the game at a logical fashion. We struggled on one puzzle due to the lighting, the GM did say afterwards that they were going to change this. My fear is if you make such a drastic change that the room may become too easy. The GM was very friendly and entertaining which also added to the enjoyment.

8/10We played at a discounted preview rate but even at the full price of £20, this is good value. I think the only potential downfall is that enthusiasts could tear through it so bear that mind. If you’re bringing your A team, take your time with it. Appreciate the story and the craftsmanship that’s gone into this room.

8/10As this game was in testing stage, we paid a discounted rate of £15 pp for this room which was great value. The game is fun and if you want to make a night of it the room is in a quirky area with cool eateries and bars. I’m really excited to see how the room develops over the next few weeks.