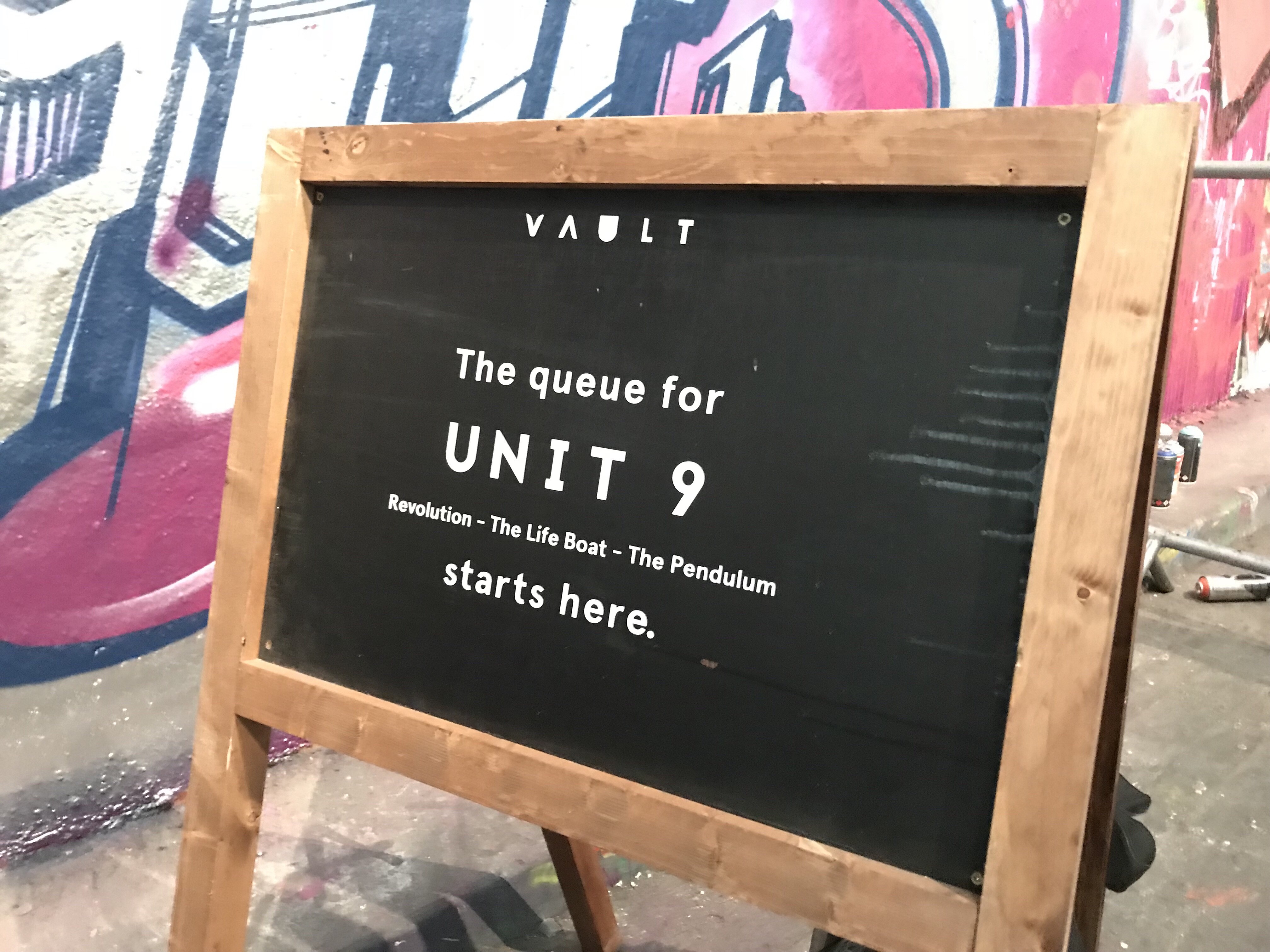 Synopsis:
The Lifeboat is an eight person escape room inspired by the great science fiction films of the seventies and eighties. Locked aboard a prison ship with a grim history of its own, you’ll need to scavenge for clues and crack devious puzzles if you’re to escape. The oxygen supply is running low, the ship’s computer has lost its mind and that lifeboat won’t wait forever. Get out while you still can!

6/10On one hand, it’s a low price but then it’s only a 30 minute experience and next to Murder Hotel’s £5, this is pretty expensive. Okay, there’s a nice set but your ability to traverse it is severely limited. I did enjoy the game but considering its per min cost, it’s pricey for what it is.

6/10At £13.50, this room is on the cheaper side, however it is only 30 mins. Please also note you will be put with strangers unless you have 8 people in your group.

8/10This actually surprised me, it was dressed to a level that I hadn’t expected. The area approximated the feeling of being on a broken-down space station and was a better designed space than some permanent games that I’ve played. If you think of any 80s movie set in space, you can probably imagine something close to what this game looked like.

6/10For a pop up room, I feel they did a good job at theming the room to feel like your locked in a cell. The space is quite confined and it was cool how they added in team play with your inmate neighbours.

7/10Whilst the game itself doesn’t do anything too special, it’s a ‘race’ room – before you enter, the group is split in two. You enter the same space but there’s a fence dividing the two teams. As the fence is chain link, both teams can hear and see everything that the other is doing, this threw some slightly strategic moments into play when we noticed that some (but not all) puzzles were similar on both sides.

5/10This was the first time I’d played a game where we were locked in a room being so close to another team. I did however find this slightly off-putting at times but I did like the bit where we had to team up.

6/10There was nothing particularly exciting about the puzzles here, one I thought was an incredibly risky move as you uncover a clue that points you to search somewhere. In theory, you could have just found this way before you needed to… That said, they were fun but I think potentially limited owing to the temporary nature of the game.

6/10The puzzles were logical which required a fair bit of team play. However nothing was too advanced, yet we got stuck with not knowing how to use a fishing rod!

It was fun and, if you played with a full team of friends, that competitive element would go into overdrive! The set was great considering that it was a pop-up game and the theme is one that we haven’t seen too much of (yet).

I liked the idea of the setting, with the added effects of the smoke and sirens. The co-team element was a fun addition too.

Right, two things here! One, it was a mixed team game. I’ve never been a fan of these and more so here because, of the eight people playing, we were the only two who didn’t know the rest so felt like we were really intruding on someone’s night out!
The other thing was that the space was way too confined, leading to a lot of trust that everyone was searching etc. thoroughly as there wasn’t much room to be constantly switching places with people. To an extent, it added to the claustrophobic, outer space theme but I could’ve done without that for the ability to explore properly!

I found the room quite claustrophobic in parts, however I feel this is needed to add to the cell theme.