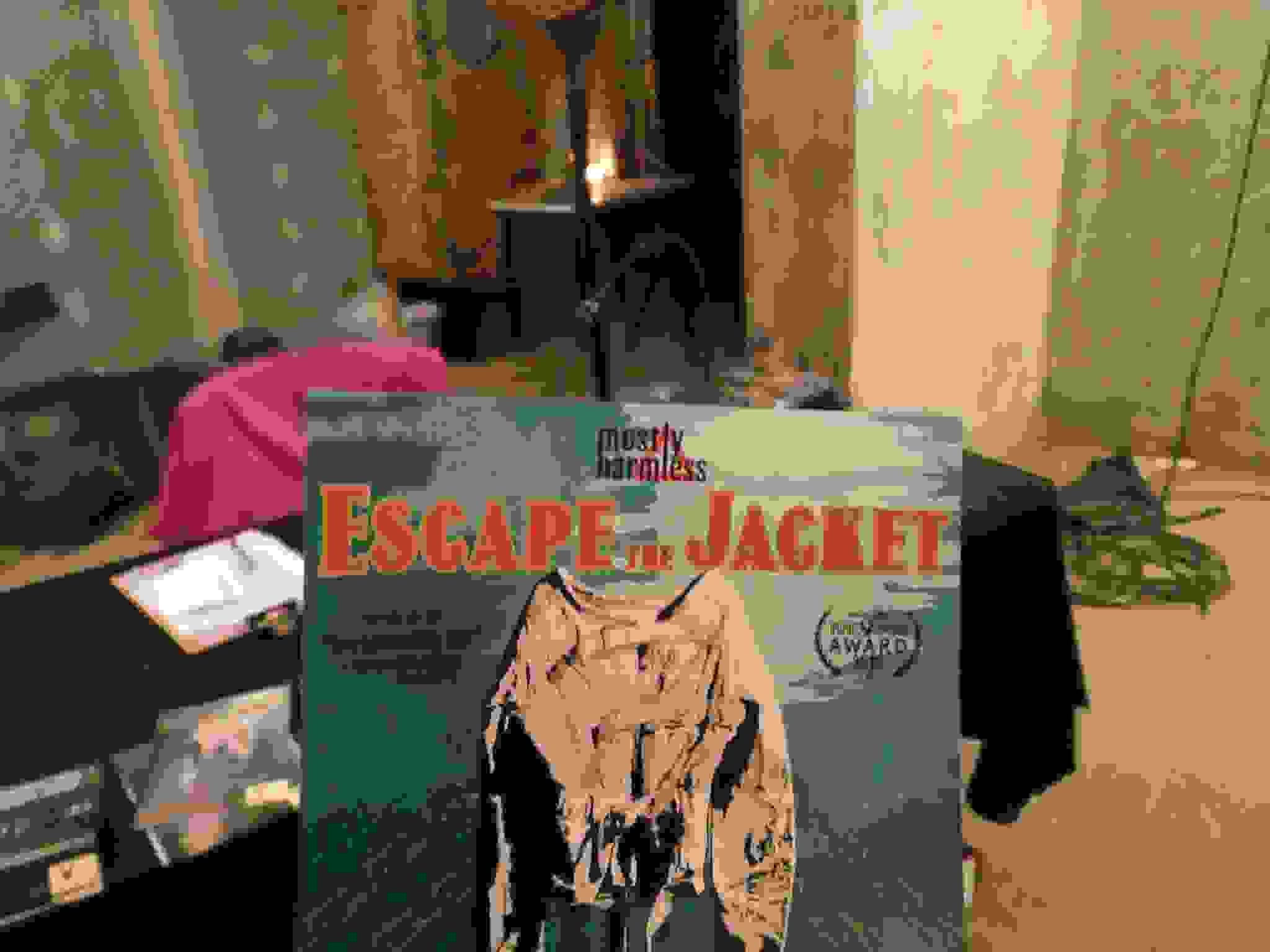 8/10Bearing in mind this is only a pop up room, I always love how well Mostly Harmless theme their rooms. From the moment you enter, your host is in character. Once it’s your turn to play, the host provides you with cloaks and one lucky person in the team gets to play the magician. Once inside the room, the decor is set to a magicians dressing room with quirky props lying around. The best aspect, and the reason for my high score, was the video screen of the audience who aid you on your mission by applauding or booing depending on how you tackle the room.

8/10Despite being a pop-up escape room that’s only open for around 2 months, the theming is surprisingly good and well thought out. There’s the usual magician staples in the room like playing cards, hat with rabbit and chains. The puzzles are tied, no pun intended, to the theme perfectly. It’s part immersive theatre with our excellent host in character as a stage manager preparing us for performing a magic show. Clues are cleverly provided from the audience who are projected onto a wall who clapped or booed us depending if we were on the right path or not. Our host, still in character as stage manager, also popped in to offer additional help when necessary.

7/10Even though the game is only 30 minutes, this challenge is packed with mini puzzles to help you find the ‘mantra spell’. The puzzles are logical but I would say we had to think outside the box a few times. Our host was great at giving little prompts when we were stuck too. We sadly got really stuck on one challenge which involved the magician, as only he could solve it. That being said I thought all the games were fair, it was just frustrating that we never completed it as we will never know the mantra spell!

8/10At first glance the small room seemed quite sparse, but there was more going on than it initially seemed. I liked the way the games felt very natural to the situation. I didn’t get fully involved with the puzzles (more on that below) but they seemed very logical and fair. There was some automation and a nice mix of games. One of the game props broke during play though, but it didn’t affect us much. We didn’t manage to complete the game and annoyingly they wouldn’t tell us afterwards what we missed out on.

8/10I really enjoyed this game. The theming was great, the host was very entertaining and I do love a game that makes you dress up! I felt for Paul who got the magician role as he was very limited on what he could do. For me though with the free rein, I got to explore the room and communicate my findings which I really enjoyed. This is the third Mostly Harmless game I’ve played and I’ve enjoyed every one. I can’t wait for the next one!

5/10I didn’t know what to expect after walking through the ominous looking graffiti covered tunnel that is Leake Street in Waterloo, and then being guided through a random metal door into a shabby area. However it turned out to be a very polished experience with one big ‘but’. One of you will be put in a straitjacket and chained up for the entire game. I was that person. I felt left out as I missed out on the exploratory aspect and the majority of the puzzles, and so was deprived of a lot of the fun. The saving grace was the theming and theatre side of the room which was excellent and stopped this score from being even lower.

7/10At £15 for 30 minutes, some people may feel this is expensive as you can play hour-long rooms for the same price. However for me, I feel it’s great value as you get such a rounded experience of escape rooms with immersive theatre thrown in. I highly recommend this company and their games to everyone. Sadly this game closes today (3/3/2019) but do keep your eye out for the next one!

7/10It’s a shame this room isn’t permanent as it’s totally worthy of being so. If they improved the experience so that every player had a similar amount of input, this would be bloody good. At £15 per person for a half-length escape room with added theatre, I think it’s a pretty reasonable price. Although The Jacket closes today, keep an eye out for Mostly Harmless’ next pop-up room as if this is anything to go by, it’s likely to be well worth playing.