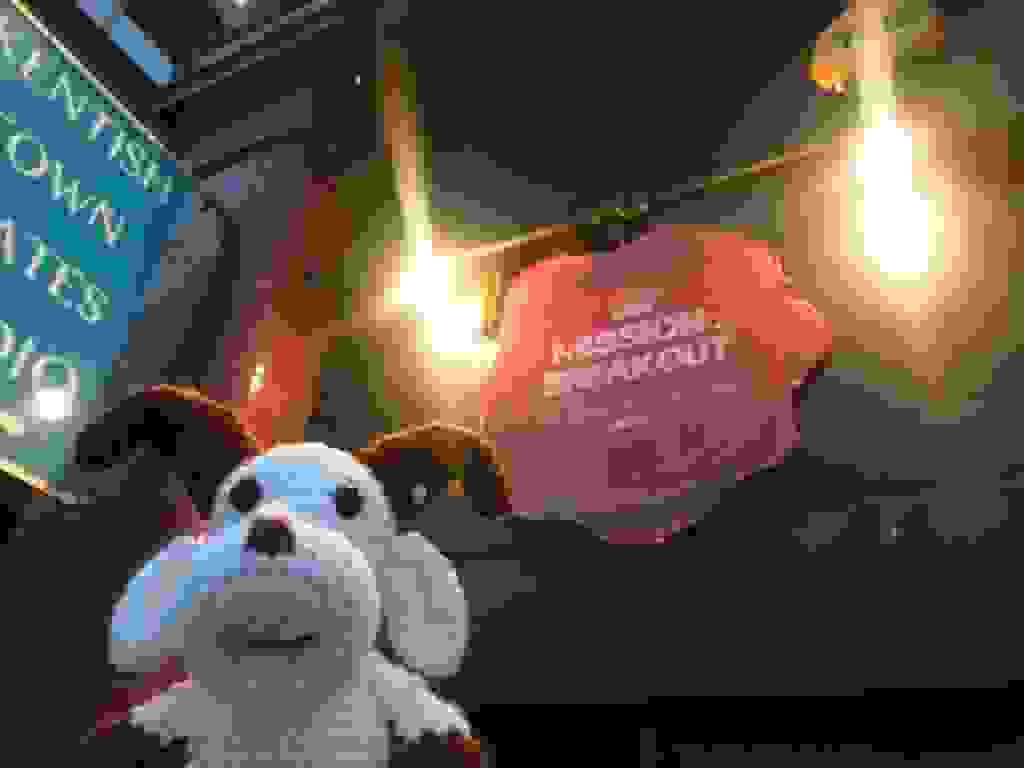 7/10Yeah, this was really good. I think what interested me most about this game was that, despite having a very unique location in a disused London Underground station, they didn’t rest on their laurels and made each area feel distinct.

8/10Using a set which was already a closed tube station, some may feel is a bit of a cheat for the theming, however you can tell the company cared about the attention to detail so with the use of the added props, levers, and effects you did feel you were in an abandoned station. Every room and puzzle was easily linked to the theme which kept my score high, I just feel they needed more of a scare factor for the paranormal side.

10/10Yes, they had an awesome location (a disused tube station near Camden) and themed the game around that, so in that respect, they didn’t have to do an awful lot. But I couldn’t often tell what was an original piece of equipment and what they had added themselves for the game because the quality was so high. It was so immersive and authentic with the original old machinery and musty smells. You get to play in a vast overall space with lots of different well-themed areas and the puzzles are fitted into the spaces and theme perfectly. There was also a good introduction from our host, giving us the backstory. We even had to break in to start the game!

8/10As an abandoned tube station, it would be hard not to be realistic/authentic. The escape room had the look and feel of a place that had been abandoned, with an authentic smell too. It had a dusty/grotty feel throughout which added to the look. This made it more interesting when we had to crawl around in tight spaces.

7/10The brilliant thing about the puzzles in this game was that they didn’t really ever feel like puzzles – everything felt like actions that would be reasonable in order to resolve our predicament. Where I wasn’t so impressed is that each space didn’t feel that expansive and that got worse with each new area – we played as a four and that felt like one person too many. It’s a problem as far as puzzles go because there were many occasions where other people were unintentionally obscuring things that we needed to see.

7/10This game had a nice selection of puzzles which were all on theme. The games were very linear which had to be done in a certain order to proceed through the game. I really liked the technology used for the penultimate game too. The main issue for me with the puzzles was that there were a lot of games that only 1 person could solve so some of the team were stood around watching whilst the task was being completed. I also felt the last puzzle was an anti-climax compared to the rest of the game.

8/10There’s a good mix of games that vary from easy to hard. They used the location and it’s presumably existing machinery really well, adding some cool bespoke tech to it for some of the logic puzzles. The games are quite linear but because there is so much going on in each space, I didn’t get bored. Although if there were more than 4 of us I might feel differently. All the games linked to the theme really well and not a single one involved a padlock which made a nice change. However they did rely on levers and switches a bit too much. Other negatives were the wall puzzle kept falling off and not all of the games were automated, but overall they did a great job.

6/10I found the puzzles to be reasonably in line with the theme and quite linear. As you would expect on a train, there were a lot of buttons and levers that had to be used, guided by many instructions. At times though, I felt that we were pressing/pulling them at random hoping to solve the puzzle, rather than logically thinking it through. Also, due to the tight spaces, it was hard for everybody to work on the same puzzle, so there were times where some of the team were just standing around. The puzzle in the last section seemed pointless and not really required for the game in my opinion.

7/10Above all else, The Lost Passenger felt fresh. The London Underground theme is one that we’ve encountered just once before and yet, these games felt a million miles apart as far as the experience that they offered went. I didn’t so much enjoy the fairly regular stepping on toes of each other but I think if you’re playing with a team of four or less, this is a decent punt.

8/10I really enjoyed this game, the host was really friendly and left us to our own devices. The puzzles were logical and had a great mix. I always like a game which involves a diversity of floor levels too. I was fortunate that I was able to be involved in all the games so I wasn’t left stood around whereas some of the goats felt bored. The entrance to this game was excellent too it’s just a shame the ending was such an anti-climax compared to the game before!

9/10I enjoyed this immensely, although it wasn’t perfect. There’s lots of different fun areas to explore which include crawl spaces, tight spaces and a narrow spiral staircase. Because of the tight spaces, I wouldn’t want to play in a team bigger than 4, but 3 would have been preferable for us. There was one point where only one of us was able to do something and the others just had to wait behind for them to finish which wasn’t ideal. Also, there were only 2 torches for the dark section which was frustrating for those without one. The final challenge was so easy and such an anticlimax. They should remove that as the task before would have been the perfect ending.

7/10This room had a mix of fun elements and some that were not so fun. I felt there were too many buttons and levers for my liking in a game, however, that is what you would get on a train and at a station. It followed a story which I liked. The scare element of the room however I feel needs to be ramped up as it didn’t feel scary at all. I did enjoy getting in to the room as you had to break your way in.

6/10I think the price definitely needs to be lowered slightly. Whilst it offers an enjoyable experience, the space issue is something that will definitely impede your enjoyment of the game if you play in a larger group. Taking that out of the equation, The Lost Passenger offers a fairly unique game that has an actual atmosphere – rivaled only by Secret Studio for making me feel that I was stepping somewhere that I really shouldn’t. If you want a game that’s a bit grittier – you could do worse than booking yourself into this room!

7/10This game is at the upper end of the pricing, however you do get an enjoyable experience with multiple areas to explore. The theming is really strong to the trains, but missing the fear element of the paranormal. That being said I think if you played this room with a small group (max of 3) you’ll all have a great time. The hosts are really friendly and clearly have passion for escape rooms which is also a nice addition. I’d definitely recommend Lost Passenger to other gamers!

9/10At £28 each, it’s only slightly higher than average but it’s totally worth it because as well as a great escape room experience, you also get to explore parts of a real disused tube station which is really cool in itself. I couldn’t help but compare this to 2 Tickets 2 Ride which was another tube themed escape room that I really enjoyed. Although they’re equally as good, they are very different. This has the authenticity and scale and feels more gritty and grown up, whereas 2 Tickets was small with a very home made feel that felt more accessible.

7/10For an authentic and realistic room and if theming is important to you, there is definite value in doing this room. You do get to follow a story and you feel you are on a mini adventure. However, it doesn’t really hit the mark in terms of scariness and the last part let the room down, it didn’t provide the wow finish that you want.