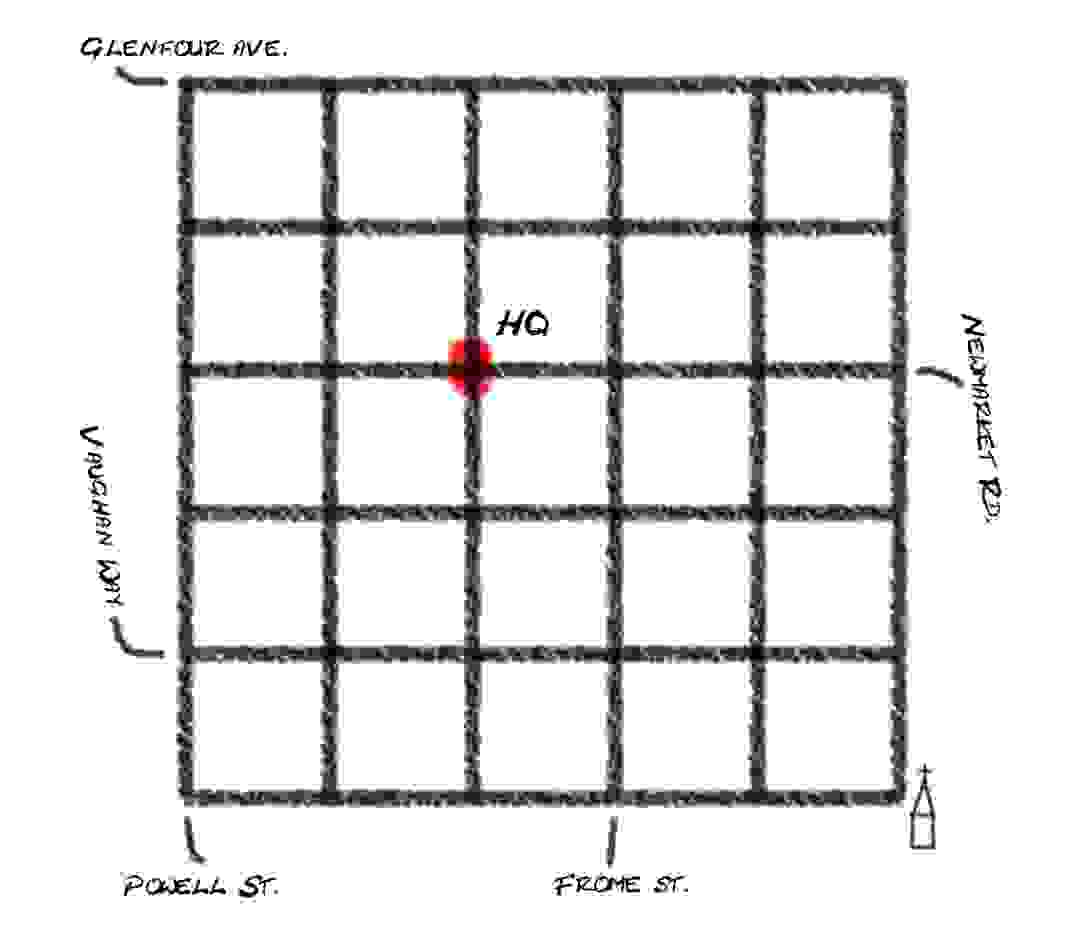 Losing the scavenger hunt aspect from their previous game, this was pretty much a text-based adventure. There isn’t a great deal to say about this, there’s a story in which you have to solve a crime but, beyond this, there’s little else.

This is Mind Maze’s second play at home adventure, and their first to be designed specifically for online play. It again uses the free third party ClueKeeper mobile app so you’ll need to install that on your phone(s). It’s a well made app that’s easy to use, logs your every movement in the game and restricts how often you can enter an answer to limit brute forcing.

This “Sherlock Holmes puzzle hunt” contains 13 challenges along with a decision which you need to make at the end. It starts off easy but soon gets very difficult. As it uses a generic app, the theming is a bit limited. There’s a handful of images and a relatively long-winded plain text story. The assorted puzzles are loosely linked to the detective premise.

We definitely struggled here! This game was hard! In retrospect, we could see where all the puzzles were going but I think they were very under-clued – we took a number of hints, several times, just to get an idea as to where we should be going. Looking back, I don’t think anything was particularly unfair but the hinting was minimal – I’d be insanely surprised if anyone managed to complete this game without taking a single hint! Admittedly, we were warned upfront that this was the more difficult of their offerings but I still think a tiny bit more clueing is needed upfront, lest players just get frustrated and feel like they’re being stupid.

This is without doubt the hardest online escape room I’ve played so far! The puzzles are pretty complex and many of them seemed almost impossible without at least one clue. We even failed to solve a couple of them after reading all hints! Thankfully there’s a skip button so we could bypass the puzzle that didn’t reveal its answer in the final clue. We had to fill in a cryptic crossword, manipulate a spreadsheet, use card game logic, and decipher information using communication methods, language and geography.

Each solved puzzle awards 10 points, but you lose a point for every clue you take. We ended up scoring 96 out of 140, getting maximum points on 6 and nil points on 2. A lot of work must have gone into making these original and elaborate puzzles, but there’s quite a few logic leaps.

To be honest, the brutal difficulty turned me off this one. It just felt like the second we’d solved something particularly taxing, the next thing that appeared flaunted ten times the difficulty. What didn’t help here was the amount of text, especially when solving the final puzzle. In a real room, we wouldn’t expect to read that much, the same should apply in a virtual game – in my opinion at least! It was lacking balance and felt like all the worst parts of their previous game.

Your enjoyment of this game rests on whether you relish a brain workout or not. Many would get too frustrated by the difficulty of the puzzles, especially if you don’t have much experience with escape hunts. I was buzzing after we solved a couple of tasks without taking a hint (e.g. the spreadsheet one), but other times I was disheartened when we got stuck and needed a clue, only to discover that we would never have worked that out.

At times, it felt more like a difficult exam than a fun puzzle. My brain was frazzled by the end! It didn’t help that we played it all in one go, finishing at midnight, so fatigue may have played a part in our struggles. In hindsight we should have split it up into 2 or 3 days, which the app allows.

Another annoyance was when we needed a clue for the latter part of a puzzle. We had to open the earlier clues first, costing us a point each, before getting to the one we needed. Although this wasn’t really for me, I can see it being enjoyed by others.

At £8 per game, this game presents a definite challenge. I personally feel like it’s a touch too hard, nothing that a bit more upfront clueing wouldn’t fix, but this will absolutely keep you busy. Knowing the solutions to each puzzle, I can say that everything is fair, you just need to be really switched on. £8 split amongst however many players makes this a worthwhile game as long as you’re ready to be challenged. And, you know what, go in seeing it as such. See if you can triumph where we failed! It’s a game that separates the newbies from the pros!

The Case of the Poisoned Police Officer is great value for money, if you are capable and willing. The difficulty level excludes all but the best, so casual players would likely end up frustrated and mentally exhausted. You get a lot for your money, with around 4 hours of content for just £8 for the whole team. Being specifically designed for the ClueKeeper app, it works better than their first game. The only real issues, depending on your viewpoint, are the extreme difficulty level and the almost necessary need for clues.