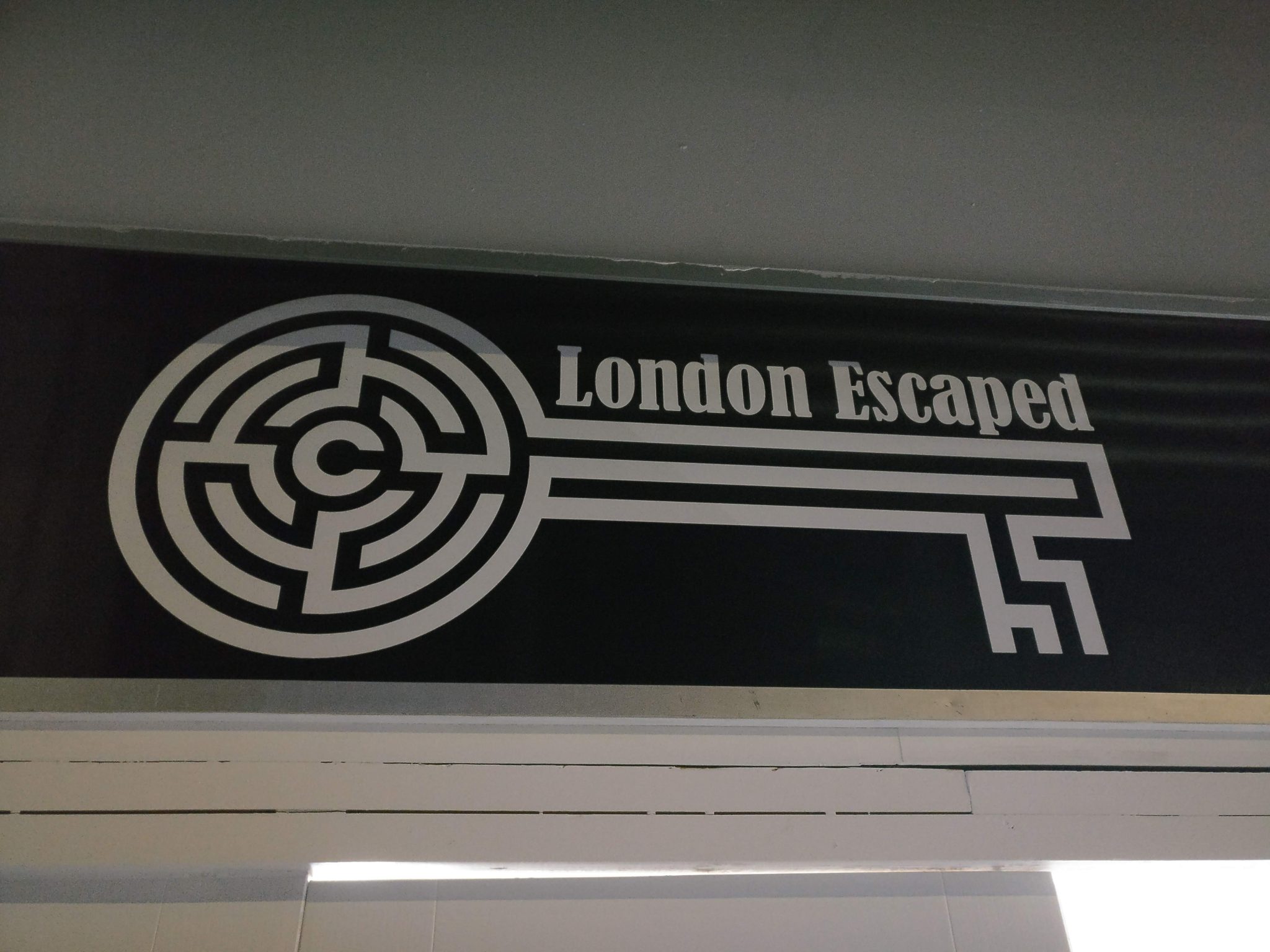 8/10Yeah, this was pretty good. It looked like a Medieval jail with an atmospheric soundtrack to boot. Think dark and dingy with a fair amount of blood splattered across walls and furniture with lots of uncomfortable looking instruments lying around for prisoners’ pleasure! It was very easy to put your mind in the space of being in this situation, especially when the majority of the puzzles made sense in the game’s world. One tiny thing I need to point out –  I managed to get a splinter searching in this game. It’s happened in a similarly non-contemporary themed room before and, considering the low lighting level, a bit more care should probably be taken with wooden features to ensure that this sort of thing doesn’t happen.

9/10Before you even enter the room, the fun starts in this game. The GM holds the briefing outside and requests that we all stand in a line. From there the story unfolds and we are given the normal health and safety warnings. After this has been done the story starts and we’re soon covered in a hood to add to the fear element. Soon enough we enter the room in turn where each member of our group is chained up or just locked into prison cells. The GM does a great job as the prison warden shouting and ordering us about until we’re left on our own. Soon enough the game starts and the hoods are off and we’re frantically trying to get out of our cells. Each room is dressed really well with body parts lying around, torture tools aplenty and with the addition of the music and sound effects from the wailing prisoners, it really adds to the tension. I also really like how the clue system works. I feel a lot of effort had gone into ensuring the set feels realistic and I also like how many different places you get to explore.

8/10The theming is very decent. The game is not overly scary – there are no jump scares and no one is in the room with you. But there is low light, painted on blood and cool prosthetics of body parts. You may also find yourself chained up or imprisoned for a while. The worst/best part, depending on your outlook, is the build-up to the game when we were hooded and vulnerable as our enthusiastic host enjoyed trying to scare us. The puzzles fitted the theme well. There were no Yale locks here, the locking devices fitted the era.

8/10The hosts have done well on the theming on this room. It fitted the era that the room was trying to represent. Effort was made even before you were put into the room. The games master tried to add the scare element to the game by lining you up against the wall and putting hoods over you, providing jump scares wherever possible. You are chained up in this room, so part of the game will involve trying to get unchained. The room itself in certain areas had a grotty feel. At one point in the game, we lost a key and due to the lighting of the room, it was quite hard to find! 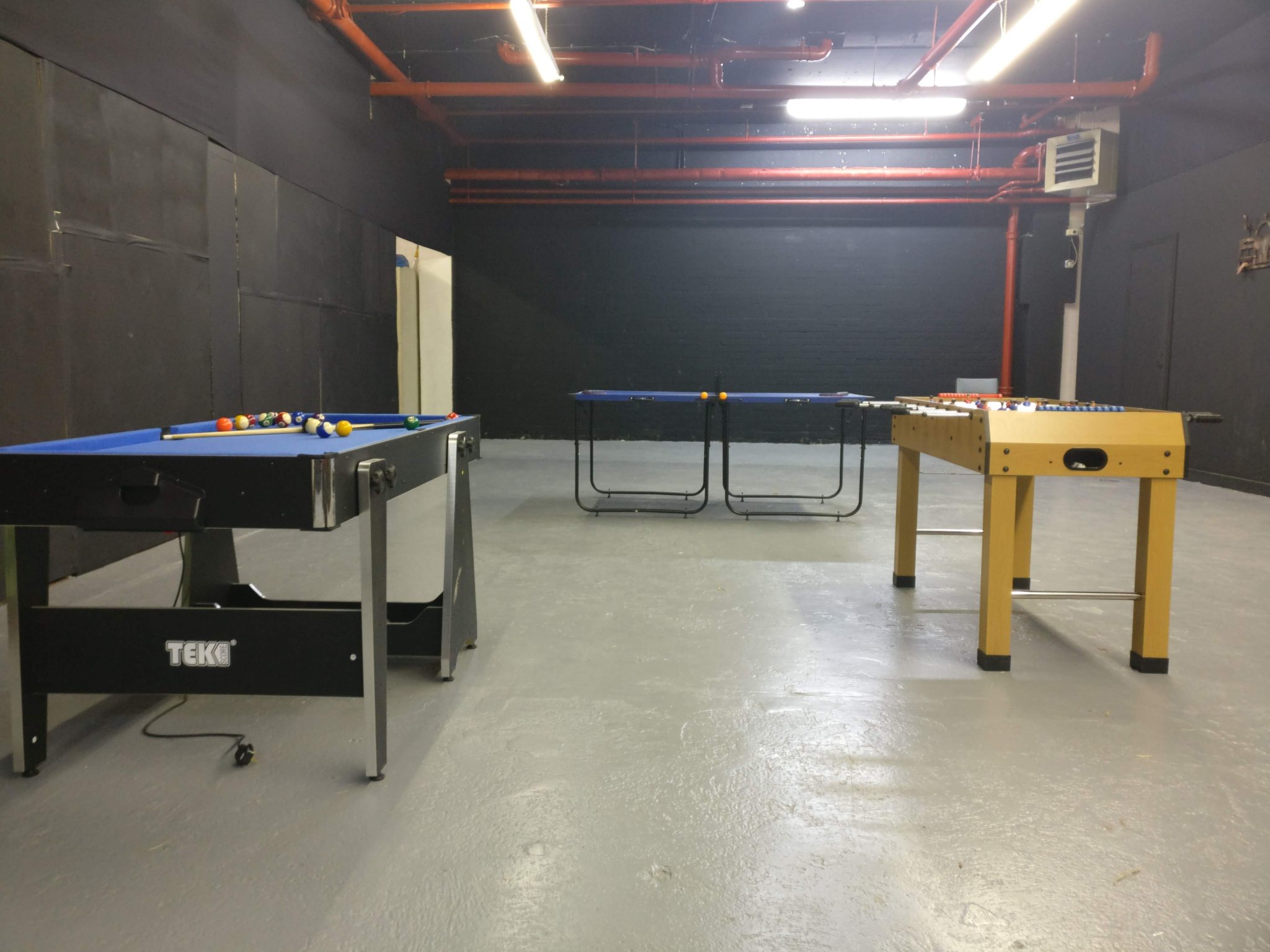 7/10To get the most obvious thing out of the way first, there was a puzzle very early on that I think shocked all of us. It was, admittedly, really cool and for someone that loves games that feature puzzles that make sense in the game’s narrative, I was mad impressed by it. Although, it comes with two massive downsides. One, we’ve obviously played a fair few games now so are very conditioned to what we should and shouldn’t do in a room. Consequently, we were stuck for ages on this one because the solution went against everything that years of playing escape games have taught us. And following on from this, if you’re new to room escapes, this is going to set very bad habits! Thinking about it afterwards, I wonder if somehow simulating this action would be a better idea – keep the concept for sure but use technology so that players don’t have to physically carry it out! The puzzles elsewhere mostly followed the same tack in that they seemed like reasonable things to do in order to escape.

5/10The puzzles in this room are the normal hunt and search for keys to move on to the next stages, however, there were a couple of automated puzzles which was a nice addition. The puzzles were logical and fairly non-linear as you seemed to be able to move through at any time until the last puzzle. However good this game was, I can’t score high due to the first item required once you enter the room. Whilst in real life you would probably do this, as an escape room enthusiast I feel this encourages gamers to damage the property in other games. Also, some of the puzzles seemed to be either damaged or difficult to use, in particular, you needed to shake a few of the locks to open them. This damage caused us issues in the finale puzzle as some of the blocks were not registering to the sensor, which may have caused our fail…

7/10Overall the puzzles were pretty good. They were logical, challenging and on-theme. However, the levels were off on one puzzle which made it more complicated than it should’ve been. It turned out it was recently repaired with incorrect parts which obviously isn’t ideal. The low light got frustrating quite quickly. We had to do a physical action to gain access to an area. Whilst really cool and realistic to the situation, it goes against escape room etiquette as it encourages people to break things so I’m torn on this one.

5/10One puzzle in this room caused a debate within the team. It added to the realism of what you would do if you were stuck in that situation in real life. Even though it goes against the escape room etiquette of damaging items in the game, I understand what the hosts are trying to achieve. Apart from that puzzle, the other puzzles were quite linear. The last puzzle was not fitted correctly, which caused the team issues. 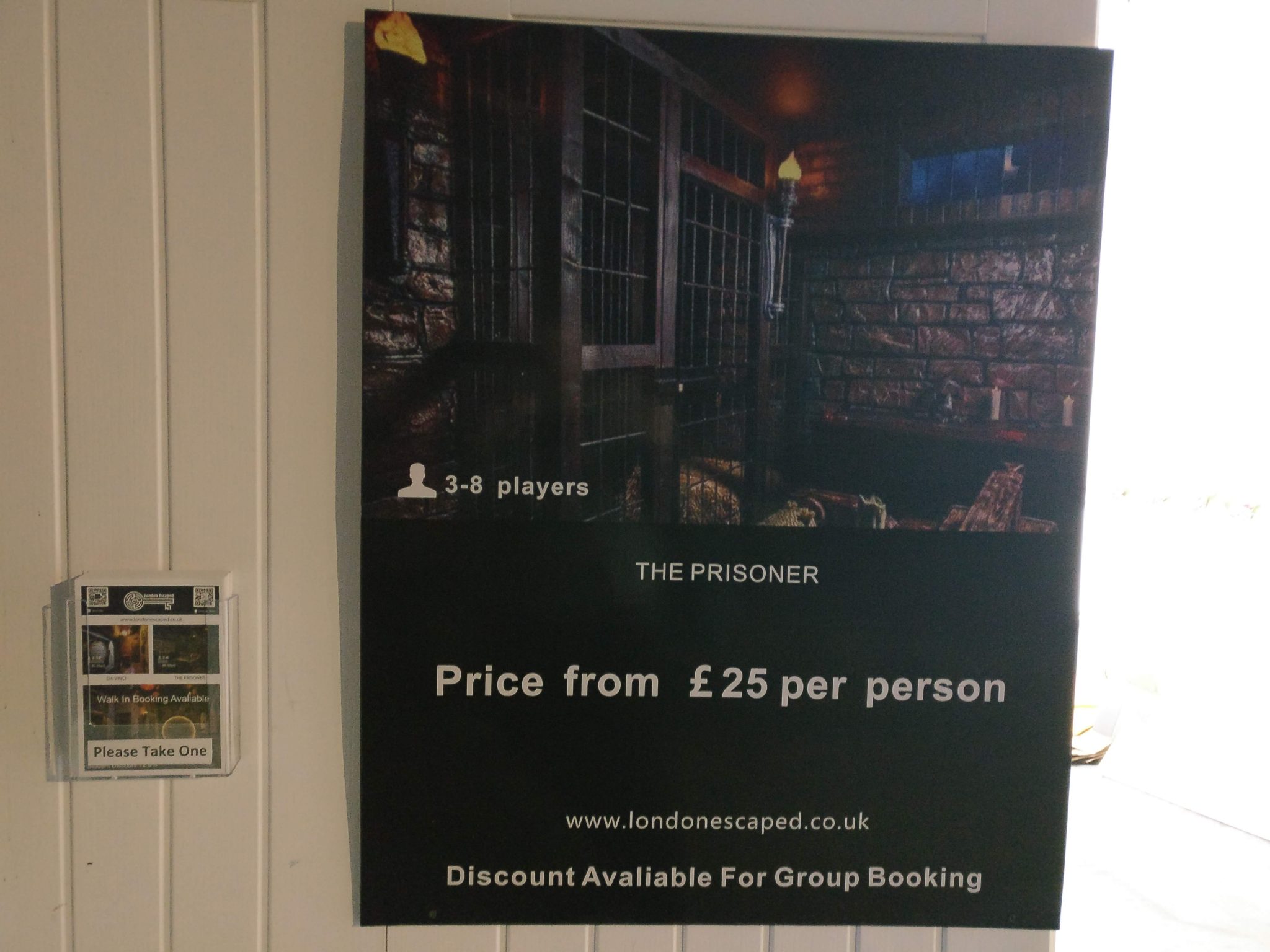 6/10Yeah, this game was enjoyable enough. It didn’t do anything special though, saving for that task near the beginning, feeling very by the numbers. I think that’s the best way to view this game; a solid but unremarkable experience. You’ll have fun with it whilst you’re in there but probably won’t leave with the sense that you’ve played something amazing. The theming is above average though so if the concept of the game appeals to you, go ahead!

7/10See I really did enjoy this room and my score could have been a lot higher if it wasn’t for the first puzzle. However even now when I write this, I still feel shocked that this was permitted. As we’re there to review all of the game I can’t fault the theming, the areas to explore were fun and the GM was entertaining. If the company changed the start and looked to repair the broken parts of puzzles this score could easily jump to the top.

8/10The place had a fun feel about it with the staff cracking jokes and acting like we were their mates. I personally liked this, but some may not enjoy their laddy banter. They even gave us behind the scenes peaks afterwards, knowing that we’ve played a few rooms but not that we’re reviewers. The waiting area is more like a man cave with a pool table, table tennis, table football and Nintendo Switch that you can play on for free which was pretty awesome. The room itself is fun too, however, I missed out on some of it as I was cuffed to a table for longer than I should’ve been, and it started to hurt!

5/10At the start of the game we were split up. Some of us were confined to a small area, so our job was over very quickly as there was not much to search, we had to wait on our teammate before getting into the main room. The escape room was reasonably fun, but nothing to shout about. There was no real “wow” factor or “scare” factor. 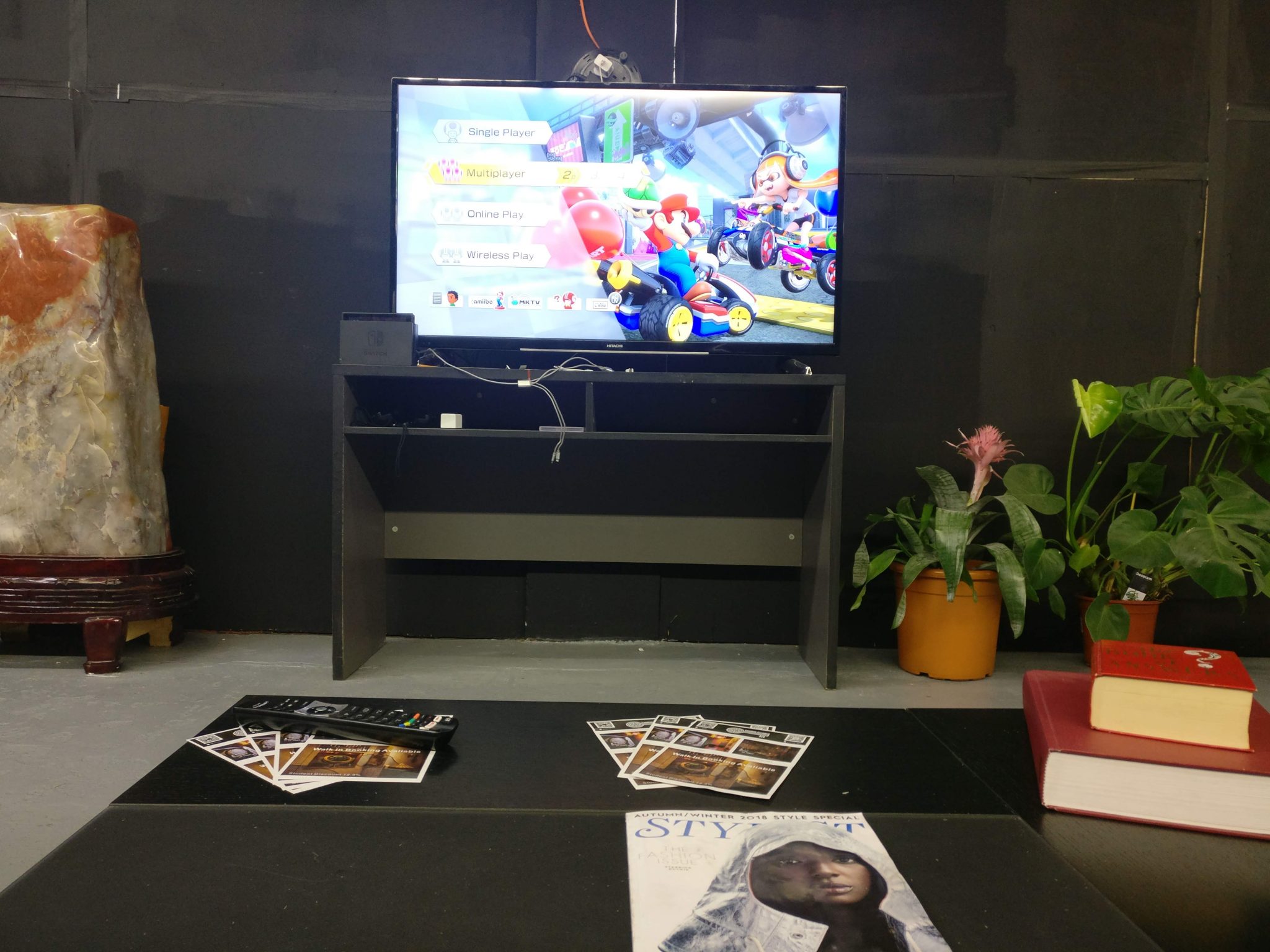 6/10Knowing that we paid £30 for this, I think it’s on the pricey side. Yes, the set is well-designed but the game itself isn’t £30 stunning. At £20 this would be a lot more appealing but, as it stands, it’s a bit too much to recommend. Don’t get me wrong, the game isn’t bad, just that £30 can buy you better experiences elsewhere.

8/10The waiting area to this game was great fun, where we were offered free refreshments. There was also table football, mini pool and a games console to keep you entertained until it was your turn to play. The game itself was very well themed and the GM did a great job.

7/10It’s a ready-made game that they bought from Russia so they haven’t had to spend time creating or testing the room, so I feel it doesn’t justify the above average price of £30 each. However it is a good all-round room with both theming and puzzles being decent, and it’s set in a fun environment with games room and banter. We were also offered complimentary Coke or water which is a nice welcoming touch.

7/10The value in this room is the theming and the way it connected to the puzzles. The way the hosts added the scare factor at the start was good. The rest seemed pretty ordinary. I was hoping the scare factor would reach another level, but it didn’t.