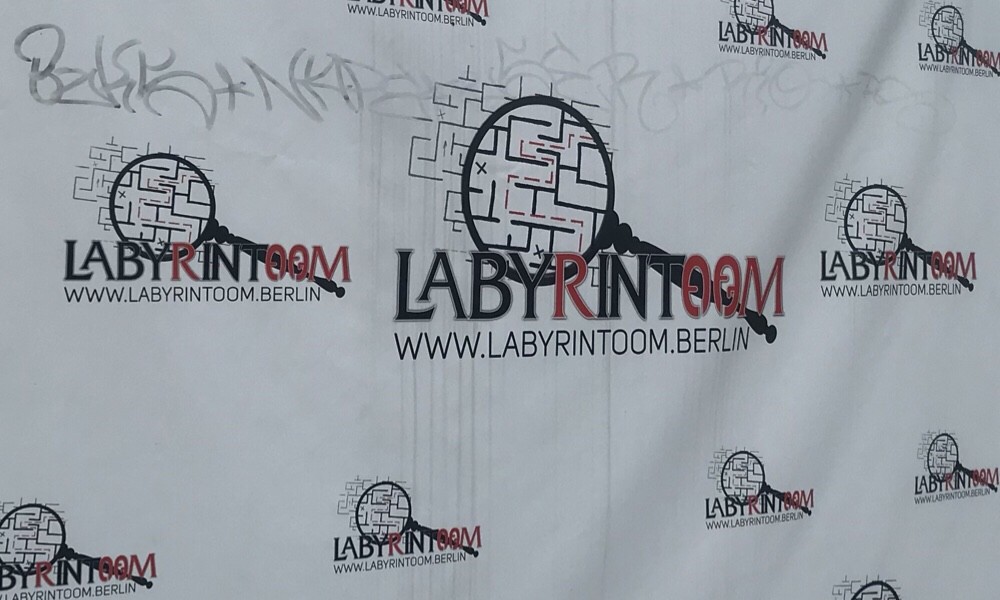 Synopsis:
Alone with the cube in the Cube’s Cabinet. The countdown is on and the cold hands start to sweat – pure cold sweat. Everything is white and geometric – walls, ceiling, floor, cubes. Bald and apparently without hints. In this great exit room of a special kind you feel trapped in madness and only the smartest escape game fans find out!

6/10Being fair, I probably would’ve scored this higher had we not been playing as a two and, therefore, not paid a higher rate as smaller groups tend to do. It was a fun game with an interesting premise but paying €33 was a tad too much.

8/10Even though we paid €33 for playing as a two, this room is quite epic. I liked the addition of the gloves and outer footwear protection to keep the room as white and clean as possible. There was a lot to do and I feel a larger group may be better equipped for this room if you are a newbie.

7/10Upon entering the room, you are greeted by white. Everywhere. It’s an interesting one because that doesn’t sound like it makes for interesting theming but it’s like nothing else I’ve seen before, a completely bare space. Later areas betray this concept slightly but it’s still surprisingly sparse but in a way that isn’t detrimental to the gameplay.

8/10I’m still not really sure what the theming to the room was, however after discussions we felt the room was themed around the cube. Based on this I feel the room was brilliant. For a completely white room it is hard to deliver a theme as such. As we advanced through the game the other stages also linked to the main theme. You also do feel yourself go slightly mad being in a completely empty room.

8/10It’s a bold concept for an escape room, an entirely blank room… It works. My one reservation with the game was that the puzzles didn’t really match the high-tech theme.

9/10Playing a completely empty room with a cube in the centre alone is quite unique. When you walk in, trying to work out where to start took us a few minutes. Once you start, the game flows and then you are encountered with two different areas. Whilst some people might feel the rooms could be a little dangerous due to the use of ladders and climbing, I found this added to the uniqueness and fun of the game.

6/10I think this was the most disappointing part of the game for me. I’d say that nothing in the game was bad as such but the look of the room suggested that there would be a lot of technology. Instead, there was one part where we were manipulating wooden blocks – probably the furthest you can get from being technologically advanced! They were fun but the game just set the expectation that we might be doing more than some standard escape game tropes.

7/10There were a lot of puzzles in this game, however with a larger group I feel they would be a lot easier to solve. That being said as two experienced gamers we managed to work through and solve the logical puzzles. The area that let us down was the usual hunting for items. We also forgot that in the intro the games master stressed you will need to reuse items which again wasted a bit of time. Even with the problems above, there are some great puzzles in this room which really focus on good team work which I particularly liked.

The concept was fantastic, it sounds like it could be a cheap way to put a room together but there was a lot going on with it. It was surprisingly physical too in the later stages which added a sense of urgency to the game.

I loved this game, I liked the cleanliness and the logic of the puzzles. The experience was great fun and I would highly recommend it to all gamers!

For me, the puzzles needed to a bit more exciting given the theming of the game. Also, there were certain areas that you couldn’t get into without the use of a step ladder – depending on how well you’re playing the game, you might find yourself flying up and down this thing at points which could be unsafe…

The weakest bit for me in this game was the reuse of props. As experienced gamers this is something we are not used to and this hindered us in a few areas. I also feel some players would struggle in this room due to the requirement of ladders which some feel may be a health and safety issue.