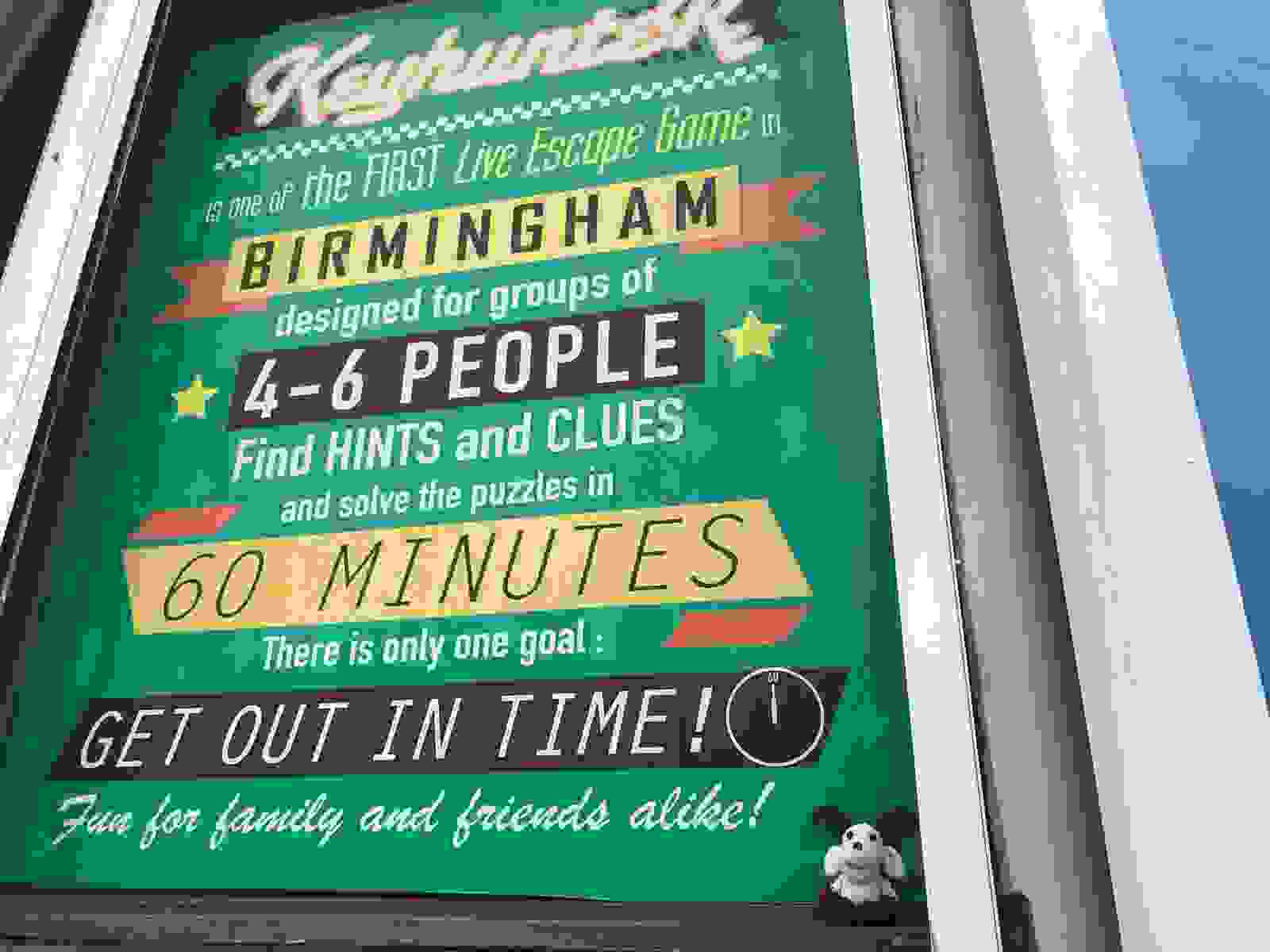 2/10The theming was non-existent here, imagine an empty room and you won’t be far off! I have a feeling that this game is mega-old and might have been fun years ago when escape games weren’t yet part of the zeitgeist but it just hasn’t moved on. Like it really doesn’t cut it at all. Now, I’m not a huge fan of red herrings but when you have a room that is so bare that every feature just has to be part of the game, it takes away the fun of exploring the environment. That said, we still managed to fail a search task which was absolutely ridiculous on our part because there was so little in the room that it’s incomprehensible that anything could be missed. But we managed it!

1/10We visited this room as we thought the synopsis was interesting and there may be a fear factor to it. How wrong we were! The company is in the middle of a run down industrial estate and it’s a bit daunting waiting for the access to the building which is no more than 5 mins before the game. Whilst the reception area was clean this is about all I can say on a positive. When we were ready to play our game we were taken upstairs to the room which was basically a living room in a shared accommodation flat, we were not given a back story just told your 60 mins start now! The story was delivered by way of laminated cards you found as the game went on. Nothing was on theme, it was just box after box with a padlock on it.

4/10They weren’t too bad. They mostly made no sense in the world of the game but they weren’t unfair. Problem was that they just didn’t fit the game and felt ripped out of a puzzle book. And there were copious amounts of text (it wasn’t completely essential to read all of it) which, along with the randomness of the puzzles, called to mind old 90s point and click games. Like I say, it’s serviceable in that aspect but there’s just many, many better games out there.

2/10Whilst there was a lack of theming, there were however a lot of puzzles. However these puzzles were not difficult, they were fairly logical but very linear. We were so close to escaping but got stuck on a section that involved a UV light. It was so hard to read the print due to the rooms lighting that we wasted several long minutes just sat there trying to find a dark part of the room.

3/10Look, it was playable, we didn’t find any part of it be unfair but it’s just completely and utterly uninspiring. As I say, this may have been a lot more entertaining a couple of years ago but things have most definitely moved on since then and I think that’s the biggest takeaway from this game, it just needs to be updated. Invest in more/better theming, have a rethink about some of the puzzles and this could leave a way better impression. As it is, it just feels like an unloved game that’s been left to rot.

3/10Whilst the room was poorly themed and the puzzles were nothing special, I still enjoyed the room. I just got really frustrated with the bad lighting, the poor quality of the apparatus used and the non existence of the theme delivered on the website.

2/10I know I say that the game is technically playable but, in terms of value and what your money can get you anywhere else, this is a bad, bad deal. If I had known that the game was this shoddy going in, I would’ve stayed well clear. And it’s not just a theming thing, its the randomness of the puzzles, the very clear path through the story and the generally basic feel pervading throughout every aspect from the clue system to the story being present via laminated cards.

4/10If you want a room with lots of padlocks, lack of story and something pretty basic to play, this is your room. The price is fair but compared to other companies in Birmingham that charge the same price I wouldn’t rush to this one.

We play this escape room with a nonsensical theme because we're intrigued by the 'vision and sound' aspects of it.

Did we take a ride to hell or freedom?