House of Tales: The Executioner review 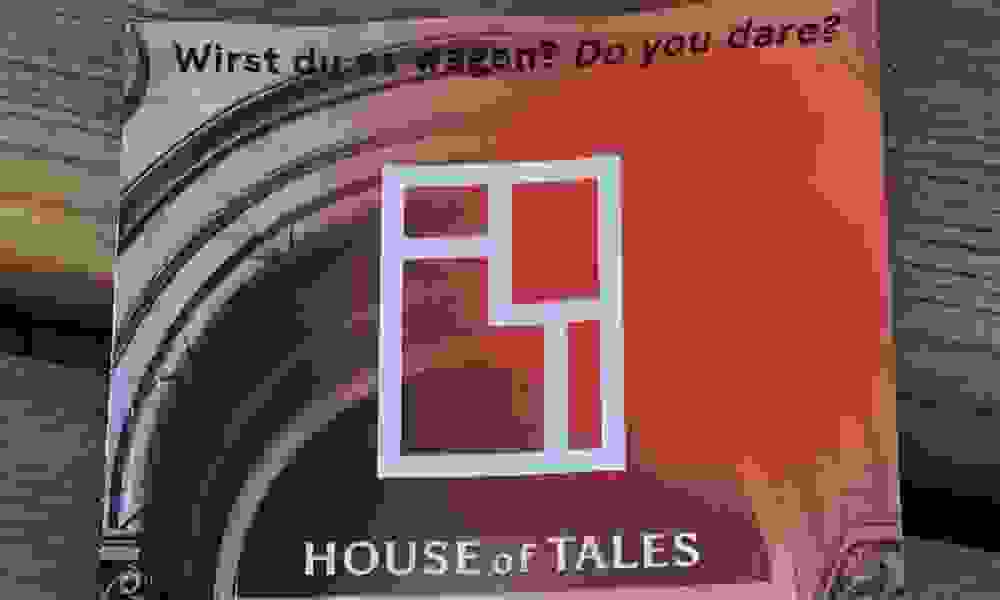 Synopsis:
You and your team awaken in the presence of dark powers – tied by your hands and feet, the warder leaves you in an underground dungeon to await the executioner. In an hour begins the ancient ritual of a secret brotherhood, which has always claimed human sacrifices. Get out of the dungeon before one of you becomes the next victim. Every elapsed second brings you closer to the end.

Did we escape?
Yes, with 3 mins remaining

8/10Right, yes, we still paid more than if we’d played at full-squad. However, this game absolutely made up for that fact with a brilliantly crafted experience that felt incredibly cinematic and provided an hour like few other companies have hosted.

9/10As we played as a two, the cost of this room would be deemed high at €35 pp however the experience you will have in this room will take some beating. From the moment the game starts to the team photo at the end, it’s a non-stop journey.

9/10This game to me epitomises what theming should be. It shouldn’t just be pretty walls and fancy props. Theming is about stepping through that first door and entering another world. This game totally pulled that off on so many levels. From the fact that we began the game as bound prisoners with our first task to figure out how to free ourselves all the way through to the puzzles that were extremely ‘real-world’ in their logic and solution. There was just one single moment in the game that shattered that immersion for me but absolutely everything else was so unbelievably on-theme that you’ll believe you are actually are a prisoner with just a single hour remaining before the executioner returns for you!

10/10Before you even enter the room you are blindfolded to add to the scare factor of the game. Once inside you’re chained to a wall or locked in a cell and then the game starts. Every area we encountered was decorated excellently, the sound effects of the other prisoners added to the fear, the smells and the torture props scattered around topped it off. The theme was so strong in this game that every second in there felt tense!

9/10My comments will overlap here but for sure the unique selling point of this game was that everything felt real in its design. Need to free yourself from your shackles? You probably just need to find a key rather than solve some cryptic riddle to divine a four-digit code right? I would talk about other features but then we’d inevitably be talking about puzzles and their solutions but I think the best way to tackle this game is to mostly throw escape room logic out the window and ask yourself – if you need to do something, how would you actually do it?

10/10This game is the first I’ve ever played where I actually felt like I was escaping a room. None of the usual padlocks or codes to open a standard door instead we crawled through attics and down hatches. This is by far one of the best rooms I’ve ever played!

9/10The puzzles here were fantastic because they were mostly invisible. This is not a game where you’re cracking ciphers and cycling through padlocks, you are actually doing what is necessary to get out of the room. Don’t get me wrong, there are absolutely puzzles there but they’re real-world and, to that end, atypical for an escape game. It’s a pet peeve of mine that a game can be fantastically designed but you are then confronted by a series of nonsensical puzzles that had no place existing in that world.

7/10This room is more about the experience than the puzzles. These seemed to be lacking in the game and no puzzles were stand out for me. There were a couple in this room which even though we solved them I’m not sure how as it made little sense. One of the puzzles also required outside knowledge which some gamers would feel is a negative.

Without a shadow of a doubt, this game puts you in the position of a prisoner making a daring life-or-death break for it. There’s no actor in the room with you but this matters not a dot; the interaction within the space and the real-world logic to the puzzles puts you in the moment as much as any actor would! It’s probably the first non-actor game where I’ve been genuinely invested in the story and not felt like I’m solving a succession of riddles in a room.

I absolutely loved this room from beginning to end, the theming was excellent, the host was brilliant and the uniqueness by far stood out from other games. I’d highly recommend this game to everyone.

That it had to end! Seriously, there was one really silly ‘escape room logic’ puzzle that absolutely should be replaced – it was the one moment that didn’t make any sense in that game’s universe and it can surely be switched with something that serves the design of everything else in the game.

I feel the only negative here was in the puzzles themselves. Don’t get me wrong I really enjoyed the ones we encountered however I feel the logic was missing.