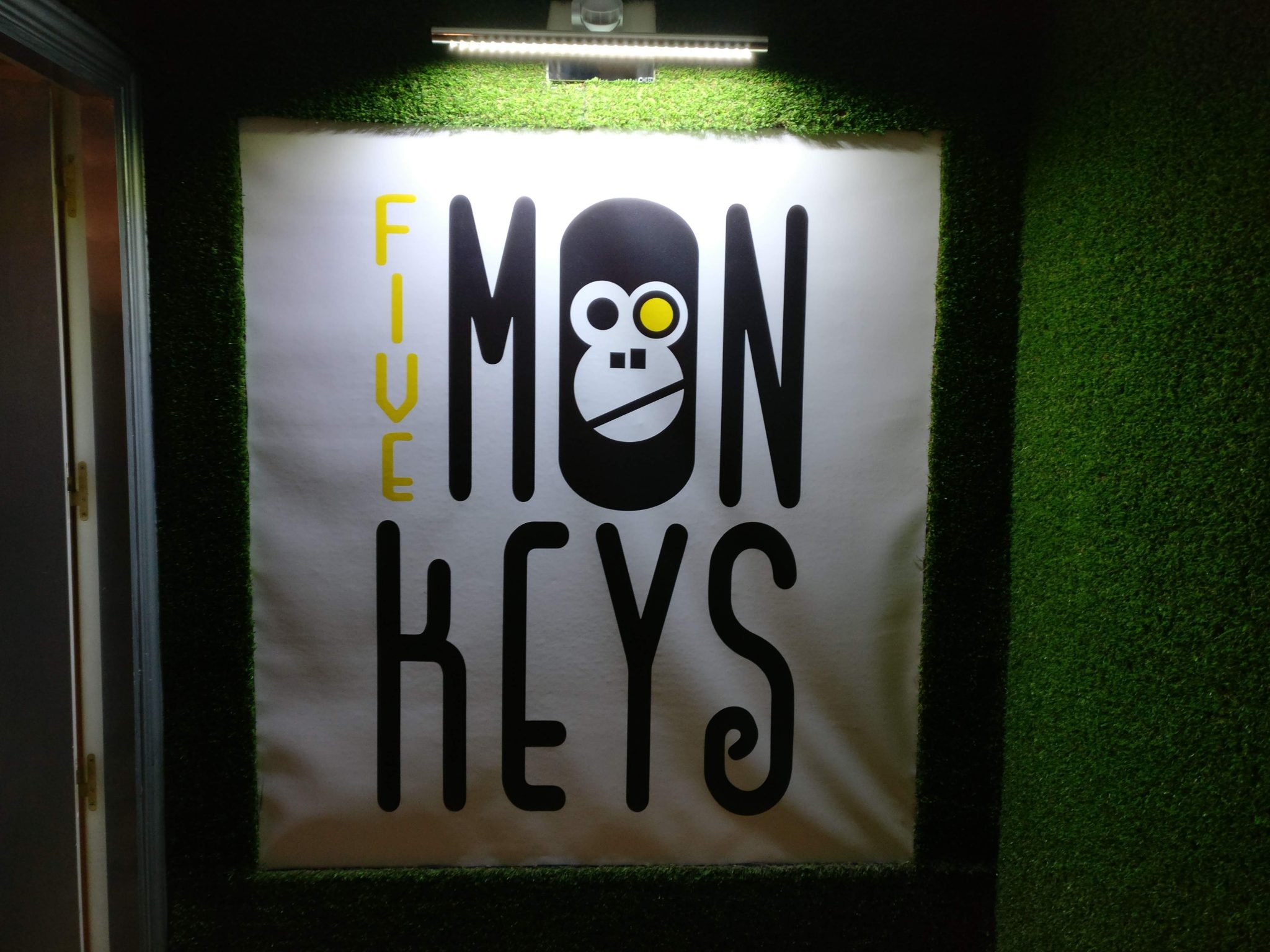 8/10The theming is detailed and of a pretty high standard, although there are signs of wear and tear in places. There are multiple rooms to investigate with each one having a completely different character whilst still fitting the theme perfectly. The main hub is Dr Bloom’s psychiatrist office which contains lots of medical paraphernalia and notes. The other spaces are more interesting, but I won’t spoil them by going into detail. The games are integrated into the theme really well with nothing seeming out of place. Clues are delivered by text showing on a TV screen. Their foyer was slick and professional looking.

8/10You start in a confined room before it opens out into bigger sections. The first and third sections definitely had the feel of a mad scientist vibe, however the middle section was a typical office theme which has been done before.

8/10There’s a large number of varied puzzles which require you to get involved with the set. There’s also a lot of information that needs to be read. Many of the games can be worked on simultaneously. As there were only two of us playing, this was a must for us to have any chance of escaping in time. We successfully managed this feat, but only with quite a few hints from our host. There are a few locks in the game which have been colour coded with their related key so you didn’t need to blindly try a key in every lock. However I didn’t feel this was necessary as there aren’t that many locks and they were mostly very different so all it did was break immersion.

7/10There were many puzzles to do, with a mix of skill and logic. Nothing seemed too out of place as they were in line with the theming. A lot of the games needed to follow a set of instructions which were given to you. In the latter stages of the game, the music felt more tense, which definitely made you work faster! Stickers were put on the locks so you could match keys to locks. I didn’t mind this too much, but I can see how some people may feel this is being given the answer.

7/10This room contains some fun surprises and there’s a lot inside to get everyone involved. A negative for me is the amount of reading that you need to do as it’s something that I don’t enjoy. But this is a personal preference and others may like this. Our host was friendly, fun and spoke very good English. She gave us quite a few unrequested clues which can often be frustrating and even game-spoiling, but in this case they were justified as we wouldn’t have escaped otherwise since there were only two of us.

7/10Overall I did enjoy this room and it did follow a storyline. Some of the puzzles though did require a bit more reading than I usually like.

8/10At €14-25 per person, depending on how many of you are playing, you get a lot for your money. The game lasts 9 minutes longer than the norm at 69 minutes. This is because, according to our host, “69 is our favourite number!”. As well as the extra length (ooh-er!), you also get a well built room that contains many challenging puzzles. Because there’s so much to do in there, I wouldn’t recommend playing in a team of just 2 people.

8/10To make this room a little different, it is 69 minutes long, which makes a change from the normal hour. There is a lot to do in this room and as there was only 2 of us, we were kept busy! The games master was helpful and gave clues when needed so it didn’t ruin the game.