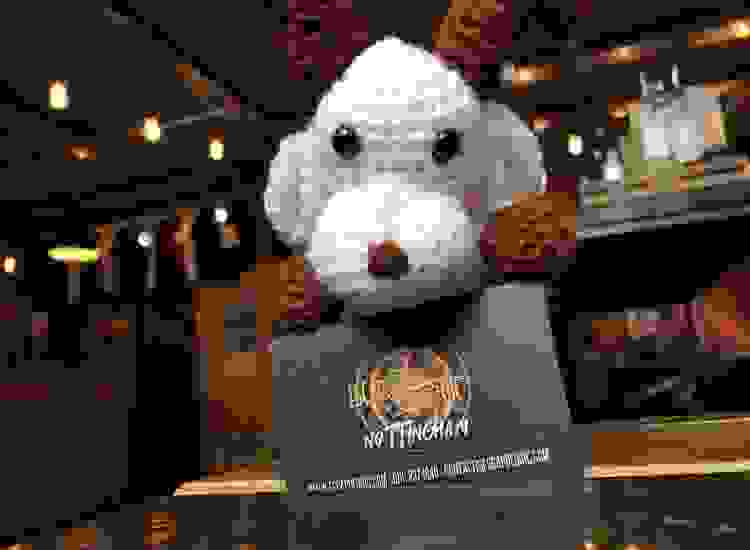 8/10Typical Escapologic fare – expect a room that feels real rather than designed. Everything has a ‘weight’ to it. It’s not the most interesting theme – a study style situation but it has one stupidly awesome feature to it that really sells the concept of being in a place where time and space could possibly bend.

8/10We’d heard so much about this game that when we were back in Nottingham we rushed to play it. Our GM took us to the setting of the room to give the briefing. I’m never a fan of getting the story in the room as I end up looking around trying to solve things before the game even starts. I feel due to my distraction I missed the key part of the brief which was to keep an eye out for the green light which cost us time during the game. The scene was yet another room dressed in the past with odd trinkets lying around, however where this room excels and creates uniqueness is that there are other rooms to explore which are created by the room slowly rotating during the game. When this happens the room shakes a fair bit and really adds to the tension. All the rooms are designed well to look like the home of a collector/explorer with a lot linked to sailing. Unlike other Escapologic rooms this room seemed a lot cleaner which was also a big improvement for me.

6/10Wow, this one was tough! Because Escapologic plump for a natural aesthetic, some of their puzzles/props can be a bit unwieldy. We struggled for a while on one particular piece and another moment felt unnecessarily drawn out. That said, there was one pretty cool observational task. There’s a bit of searching involved too.

6/10There was a lot to do in this room. We were advised that this room was tough and I can see now why they recommend 4 players. With only 2 of us we barely got half way through. I didn’t feel like we played bad, I just feel we missed a lot with our poor searching and that the puzzles were difficult to solve as there was not always a simple logic to them. If we’d have got further in the game maybe my score would be higher.

7/10I think this is a game where we suffered as a two – there was just a fair bit to do and a few other heads in the room may have spotted things we didn’t. So the difficulty of Curio felt punishing for a small group but it’s also a well-crafted experience and, despite first impressions, offers an hour that belies it’s appearance. Just be cautious about going in as a small group!

6/10I enjoyed this room, however there were a few elements that ruined the experience in this game for me. Firstly as per most Escapologic games there is no timer in the room so it was really hard to know how we were progressing. Also the clue system was delivered through a wireless radio so it was often very difficult to hear what he was saying due to the background noise of the room rotating. We could also overhear a different GM giving clues to Butcher in one section and I found this so off putting when we were trying to solve a difficult puzzle. I did however really like the design and the way the room span as this was a brand new experience for me.

7/10It’s a decent game for what we paid. I do think your enjoyment and, consequently, the value that you derive from this game may hinge on how many players you bring. It can be a demoralising game at times – that’s not to say any part of it is bad, just that it’s a lot to get through and you may find it feels insurmountable at particular junctions!

7/10At £25 pp this is a standard price for a room. This game is difficult and I wouldn’t recommend it to beginners or small groups. The room design is epic and I’m sure most gamers will enjoy the challenge delivered by Curio. I can see why this game is popular with reviewers. I feel if we’d have played as our normal 4 then the experience could have been somewhat different.