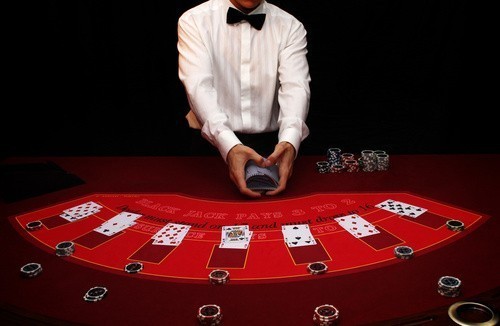 Synopsis:
You’re a notorious band of thieves who have discovered an underground casino with a vault holding millions. You’ve managed to disable the security cameras for one hour and you need to steal as much as you can and escape before the time is up.

6/10You get a nicely themed room and a fun game but, be warned that it’s also very difficult!

5/10At £24 pp I thought this was quite high for a small chain in Shepherd’s Bush. I did however like how passionate the host was, which always adds to the experience for me.

7/10It looked like a casino with all the expected paraphernalia including working machinery – that’s all I’ll say!

8/10You did literally feel like you were in a casino with all the decor around the room. The only thing I feel was missing was the ambient sounds.

5/10We haven’t played a casino themed room before but, on the flip side, I don’t think I’ve ever seen as many padlocks in a game before. That part of the game was definitely not unique!

5/10This room had an awful lot of locks, the uniqueness was due to how obscure some of the puzzles were. No stand out games or designs for me.

2/10This is where this game completely and utterly lost me. It was just puzzle after puzzle in an attempt to divine a never ending series of 4/5 digit codes. Some of them were pretty tough and obscure although, admittedly, they were fair, they just required a surprising attention to detail.

4/10As I’m not a particular fan of padlocks the puzzles were a little frustrating for me. They did try to stay on theme with the style of some games. However as some were so obscure we needed help and with the clue the solutions made sense but still not sure if you could solve on your own. I did like the alternative ending.

The host was really cool and the game was nicely themed.

I really liked the host and the attempt of keeping the games in line with the theme even if it was at a tangent on some parts.

An infinite amount of padlocks and combinations makes for a very uninspiring game.

I was not too keen on all the padlocks, I felt like there should have been alternative ways to solve puzzles.