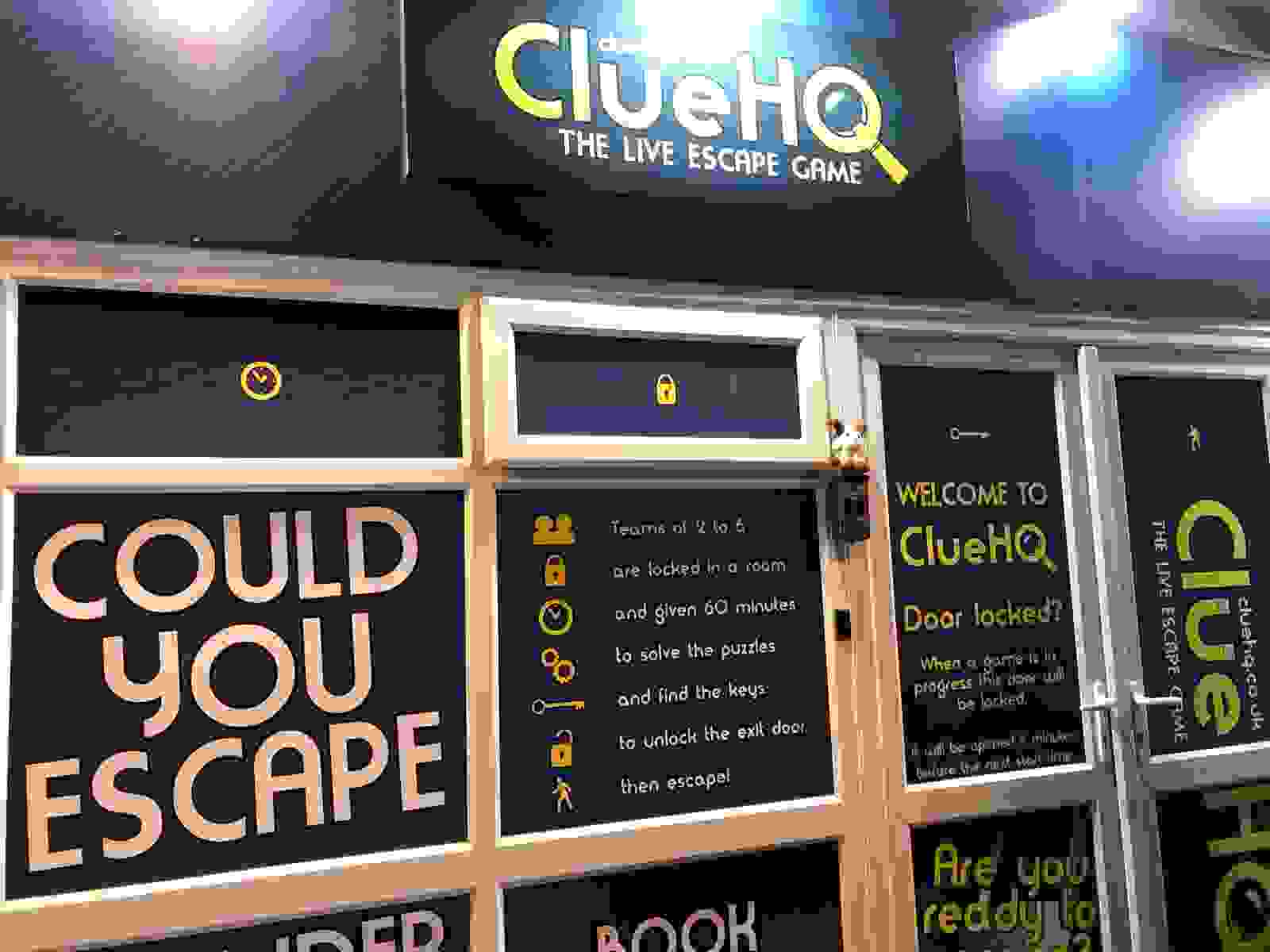 8/10This was unexpected. I’ve played a Clue HQ game at another location and it was less than impressive on most counts so I had zero expectation that they’d do anything cool with this concept. I was proved wrong! Despite having a relatively tiny footprint (it’s a bit bigger than your standard elevator but still not massive), they’d made the room feel expansive. There’s a neat little gimmick that plays on the elevator idea – I won’t say too much except to say that the game takes place over a number of different floors and each floor feels wildly different from the last.

9/10So you think of lifts and lift service rooms and my imagination leads me back to Die Hard and Speed. From the moment you enter to the moment you leave the theme is really on point. I’ll admit some features in the room have been tampered with due to over excited players but it never spoilt our enjoyment. The use of sound effects and movement certainly added to the fear of actually being in a malfunctioning lift. I was quite mad at our games master Rick who kept spooking me every time I went near a certain area of the room but it did add more fun. I really loved the tech in this game and each level we got to used a different aspect of the room for the puzzles but still involved the main core of the lift.

7/10First off, this game was stacked with things to do. Or so it felt anyway! Some fun observation puzzles gave way to a bit of light mathematics and a smattering of skill games. I think the thing that stood out to me here is that everything felt fair and no puzzle was particularly punishing – they were extremely well designed, treading the line between being too easy and overly frustrating very well. It was also amazing at how varied it all was considering the size of the space.

8/10As we played with just 2 people this room was extremely hard, which is why we probably didn’t get too far. The puzzles are tricky but very logical. There were some really unique tasks in this room which I don’t want to give away as I’m hoping to go back with the other two goats to complete this mission which may increase my score if we had played all floors. This room will give any enthusiastic gamer what they seek in a room if not more, especially on the puzzles!

7/10Right, this absolutely would’ve been a higher score if it had not been for one thing – there were a few points where things were locked away with multiple padlocks – at least one item was secured with three. Now, for me, this was extremely disheartening as solving something didn’t deliver the ‘reward’. In all fairness, all of the solutions sat in the same ‘family’ as it were so it wasn’t as annoying as it could have been but I really didn’t enjoy unlocking one padlock and not making any progress as there were more to unlock still.

10/10People may think if you don’t escape a room that your enjoyment is flawed but that was not the case here. I immediately wanted to book another game to try and finish this! This room had so much going for it, what with the theming, the tricky puzzles, the effects, the music etc. I particularly loved Rick our games master who seemed so upset for us that we didn’t escape. It’s always nice to play a room where the host is as passionate as you are!

8/10It’s a fun game and worth a shot at the asking price – I’d suggest playing with three or four people. Playing as a two, I felt that there was a lot to get through and the wide variation of tasks meant that you were more likely to encounter your weaknesses that a bigger team should hopefully buffer. That said though, this game was a great experience with a full and considered introduction and an actual ending! Yes, this is one of a handful of rooms that I’ve played where there’s an on-theme ending, not just the gamemaster collecting you upon your exit (or not). Small detail maybe but it makes a huge difference!

9/10The HQ on arrival is in a run down area but the work they have done in the area inside is remarkable. The welcome area was clean, had great theming to their rooms, big TVs highlighting offers and games it felt like a really good company. For only £22 this room seems a great price for the most amazing experience you get. Hopefully everyone will be as lucky as us and get Rick as their games master!