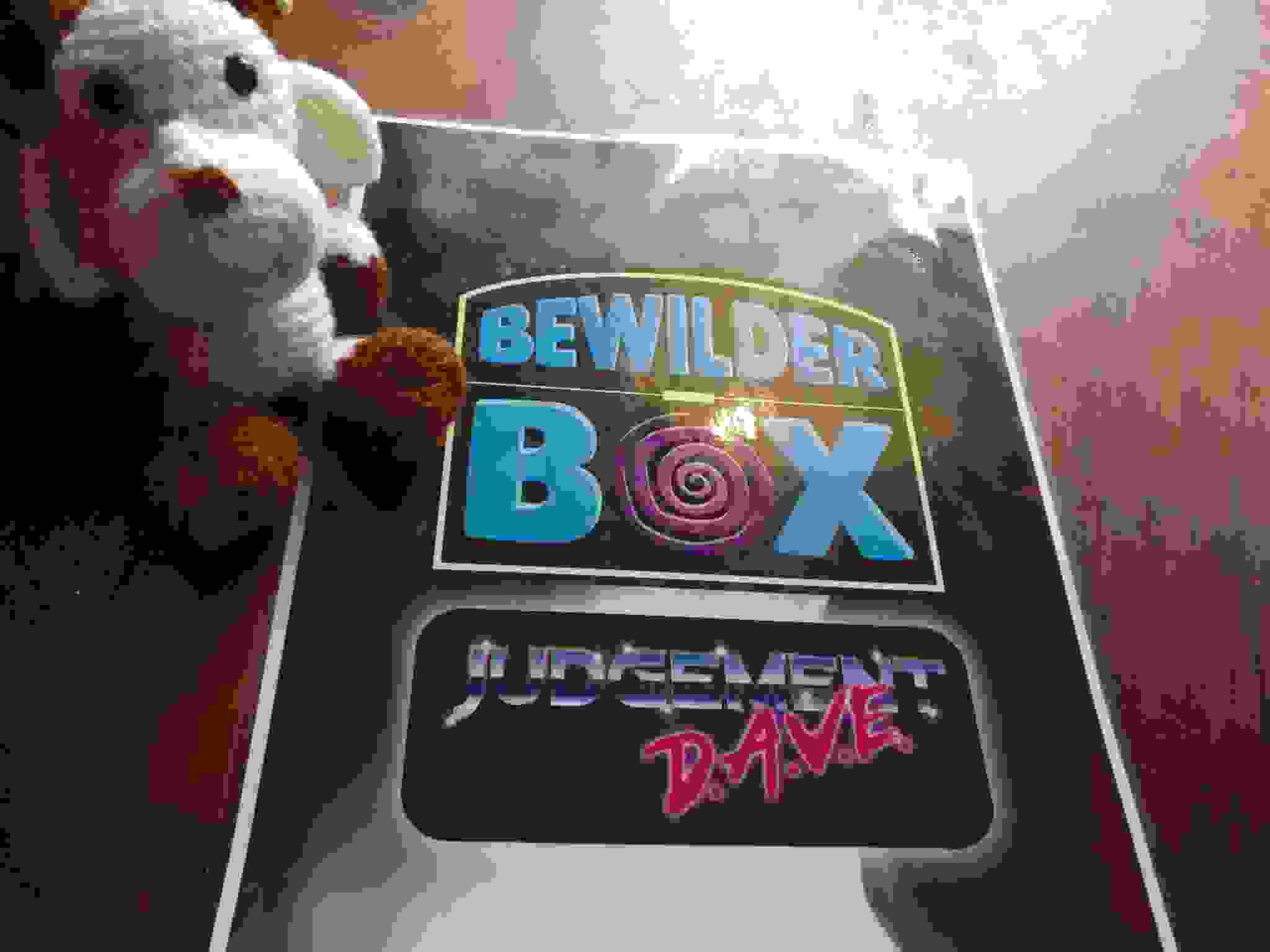 8/10This was cool; a very solid set, awesome soundtrack and a pre-recorded games master kept me in the moment. The fact that this was centred around an AI commandeering a training facility ensured that the puzzles were on-theme too. And Masternet, Judgement Dave? I’ve only just realised the Terminator references!!

8/10We were sent into the server rooms to try and stop Masternet 9000 (a rogue artificial intelligence) from taking over the world. The set was clearly space like, and the use of the tech really stands out in this room. With the added element of Holly from Red Dwarf as the voice of Masternet 9000 it adds with a hologram image talking to you. I also really liked the twist at the end which goes a little off theme!

9/10We needed to stop a rogue artificial intelligence from taking over the world. The AI was the distinctive male voice of Holly from 90’s TV show Red Dwarf which was really cool. He talked to us during our game, trying to make us sympathise with him so that we wouldn’t kill him. The set had a Red Dwarf vibe about it too. Our host was in character as an eccentric boffin. The whole idea and execution of it was really good indeed. The only negative was the end decision that we needed to make could’ve been made harder.

8/10At the start, we were greeted by a mad scientist. That was fun as he added humour to the game and made us feel welcome. The AI system was interesting, it had its own quirks and attitude. The company did well on the set design as it seemed realistic.

8/10I enjoyed these, they were so varied and threw in a lot of things that I haven’t seen before or only maybe once elsewhere. It was surprisingly high-tech for a room in a pub’s function room. Everything was fair and the only times I recall us really hitting a wall was on a search fail – something that’s par for the course with us!

8/10The puzzles are very hi-tech in this game. I also really liked how there were so many sections and puzzles to this room so we were all occupied most of the game. However I was frustrated that I missed a few of the games that the others got to play. We did our usual can’t find things which hindered our progress, however the rest of the puzzles were very logical and used team play on several occasions. I wouldn’t advise you play this room as a two as it would be very hard. My favourite part was the game which was linked to the elements, it was nice to see this used in such a special way. The puzzles were on theme too!

8/10The puzzles fitted the theme well and didn’t look out of place. Some were very tactile, forcing us to use touch instead of sight to solve them. One of these was a tricky team game that needed good communication skills. A couple of times, we’d reach a game that we couldn’t solve and the host came on the radio to tell us to move onto another one. These should have been designed better so that we couldn’t see them until we needed to.

8/10What was nice about this room is that there was a mix of puzzles, some requiring teamwork and some that you could work on your own. There was always something to be getting on with.

8/10This was a great game, pure and simple. The puzzles were fun to attack and a lot of care had gone into the presentation of the room. The (other) games master also seemed to be really into it which was infectious.

8/10The host for our game was really strong, he stayed in character the whole time and was really friendly on arrival and departure. The room was really enjoyable to play, with the most epic part of this game being the finale! I won’t say too much as I don’t want to give it away! I liked the teamwork sections the most. I just wish there had been more of these. The use of Holly was also excellent, and he was very funny in the commentary as the game went along.

9/10Everything from the theme idea to the puzzles to our host was really fun. I loved hearing the voice of Holly from Red Dwarf. Afterwards, they took a 360° team photo which was cool and something a bit different. Because of the lighting they used, it gave us many laughs due to how bad it made us look! An added bonus is because this escape room is hosted above a pub, you can make an evening of it here. You can even take a drink in with you into the game!

8/10The puzzles were fun and felt different from other escape rooms that we’ve done. There was also a mini robot that was cool. What I liked was that there was a decision to make, however you weren’t given much time to decide and weigh the pros and cons. It would have been nice to be given the decision earlier on so that you have more time to decide on what you want to do. It could have become a major part of the game but it felt like an add on at the end.

8/10This is totally worth it – the game is a joy to play, the set is solid and seamless; Judgement DAVE just feels like a game made by people who aren’t trying to cash in on a craze but make something genuinely worth playing. And that’s worth supporting!

8/10£28 is the upper end of the scale for escape rooms however I feel with the level of tech they use in this game and the strength of the theming considering it’s above a pub is totally just. I wouldn’t recommend small groups for this though as I’d feel it’d be tough.

7/10We paid £28 per person for a team of 4 which is a little steep. For a team of 2 you would need to pay £56 each which is ridiculously expensive! This is a very good room however and it’s far far better than their other room Bewilder Box Initiative which is a bit older but priced the same. As long as there is at least 4 of you to make the price reasonable, then I would definitely recommend playing this.

8/10For the price you pay, you can’t go far wrong with this game. There is enough in here to keep you entertained for an hour.