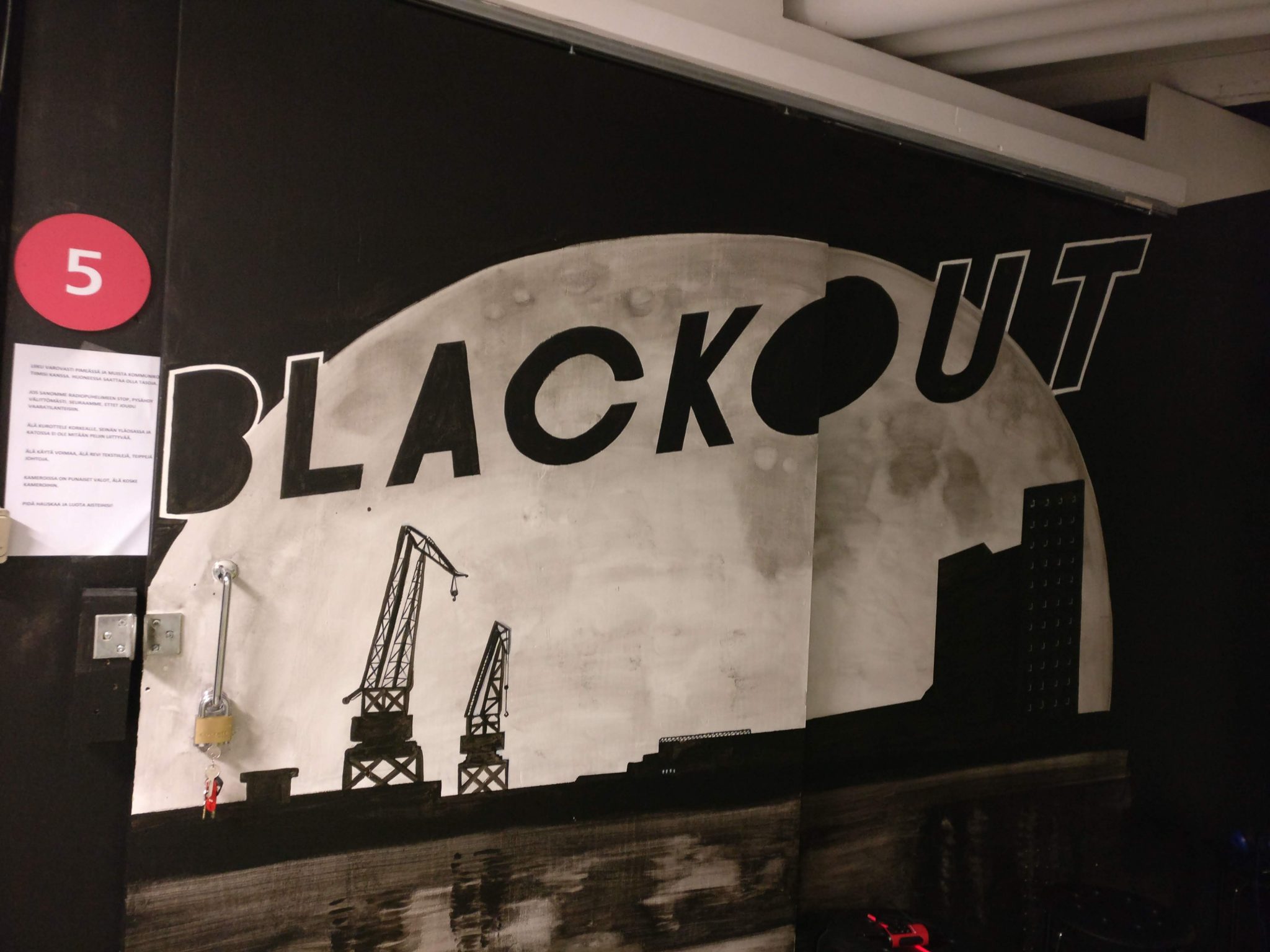 8/10This wasn’t just a simple room. It contained lots of textures and materials (some more surprising than others), crawl spaces and ledges you could climb onto (limited health and safety here!) and additional rooms to keep it fresh and exciting. With your sight gone, you had to rely on your other senses. Touch was the main one, but hearing was also needed at times. It’s a pity they didn’t incorporate smell and taste into the experience as well. OK, taste is a hard one to do, but they could have had some background smells to compliment the theme or even have a puzzle which requires smell to help solve it. They keep the actual theme of the room a secret so you have to work it out yourself as you navigate the room. This is done with the help of background sounds and by figuring out the contents of the rooms. This is a cool idea which creates an additional fun challenge for you to solve.

8/10In terms of theming, it delivers in being a completely dark room. As you get through the different sections, you can start to work out where you are supposed to be. It is all about using your other senses, though I was surprised smell wasn’t used. The room is built in a way to aid the fact that you can’t see, the objects are bigger and are more identifiable. What made the room interesting was even though we couldn’t see, there was still a lot of uneven floors, crawling and climbing. At times big steps had to be made.

7/10There were 7 puzzles in total. This doesn’t sound a lot but they take quite a while to complete due to the lack of vision so they filled the entire hour for us. They seemed to be automated with additional areas immediately opening up when certain puzzles were solved. They mostly required searching around to find things, but some of the games were quite tricky and needed some logical thinking. They also needed good teamwork as you had to tell each other what you’ve discovered so you could get a picture in your mind of what was in the room. My favourite game was the one where you stepped onto something unusual (I won’t go into detail so as not to spoil it) which required you to hunt for things by sound. This was really fun and brought back memories of my childhood! On the negative side, there was one puzzle which required you to group things by size, but the differences weren’t that great meaning we struggled to work out which was what size. Plus another puzzle was stiffer than it should’ve been so it took a while for us to work out that it could be moved.

7/10Due to the lack of visibility, the room heavily centres around searching which changes the nature of the game. There is a lot more feeling involved as you walk around the room a lot slower than you would normally do as you are unsure where you are walking. As a result of this, the number of puzzles itself are reduced compared to other typical escape rooms. There was a lot more communication between the team as we were bumping into each other a lot. There were times where we were getting in each others way. 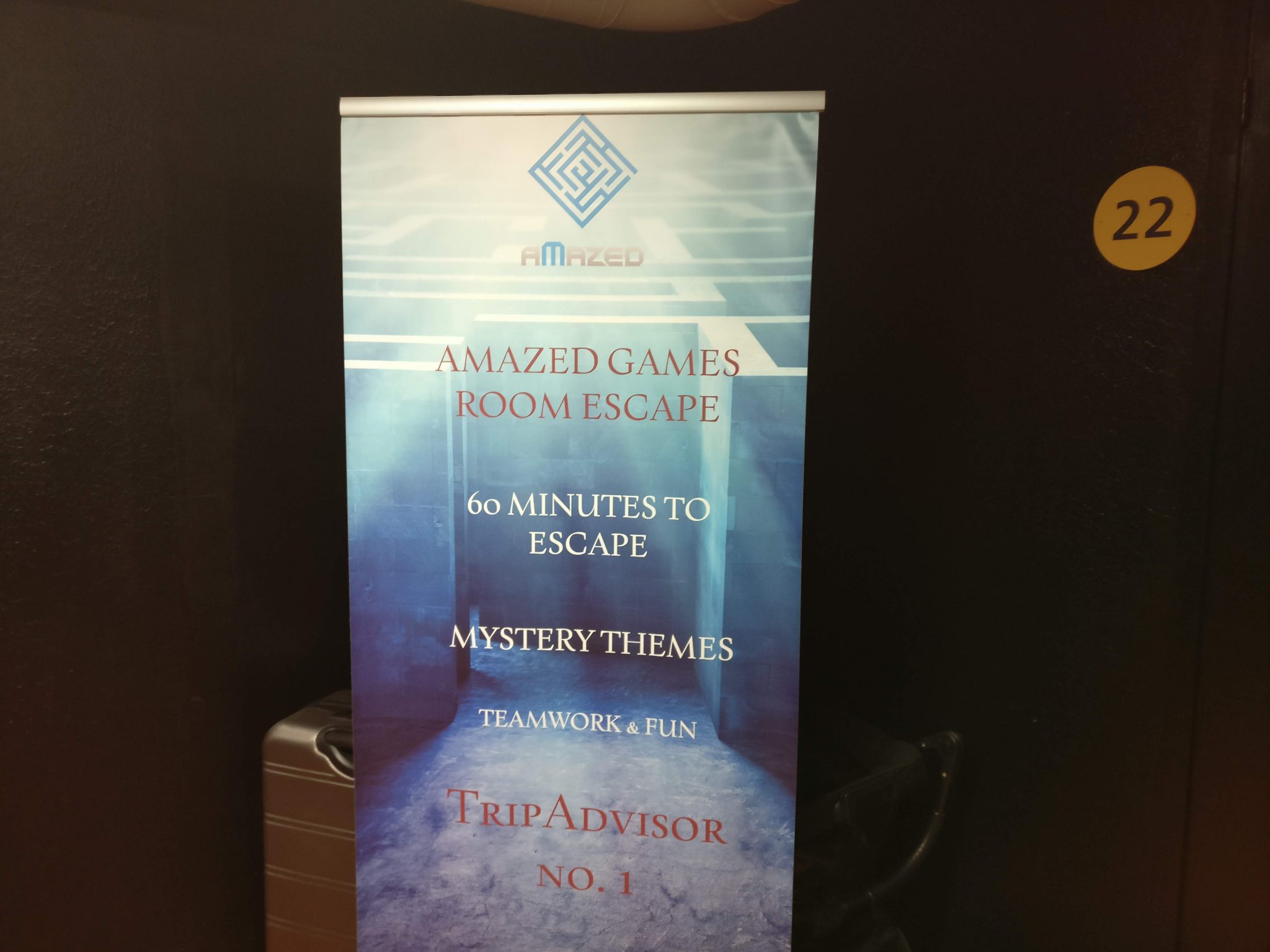 8/10Doing an escape room in the dark is a fun idea. It’s not something I’ve heard of before so I was excited to find out how they would implement it. I wasn’t sure if it would work in reality, but it turned out to be really enjoyable as a novelty experience. I liked that there were lots to explore and that you are kept on your toes with the different textures and levels. There were laughs whenever a teammate touched something they weren’t expecting and let out a yelp of fear/confusion! As the puzzles involved logic as well as searching, they were a nice challenge for us. A very minor point, but they didn’t ask to take our group photo at the end which is a first for me. Maybe the theme just doesn’t work with group photos!

7/10One of the sections of this room took me back to my childhood, it was a nostalgic experience. I can’t say anymore without spoiling. One puzzle was quite frustrating though as it was hard to differentiate between the sizes. I believe it could have been made more obvious. However, it does add a difficulty element to the room. Overall in my opinion, a fun experience can definitely be had from its dark room feature.

7/10This is a tricky one to score. It cost £29 each after conversion which by UK standards is a bit expensive. However everything in Helsinki is more expensive than the UK, so do I judge this against British or Finnish prices? I will allow for the fact that things are more expensive there and say that this works out about average. Although the puzzles are on the simpler side, the novelty of doing an escape room in darkness makes it worth doing as it’s such a unique experience. Coupled with the fact it’s an interesting room with interesting contents and not just a basic square room, I think 7 is a fair score.

8/10Rooms based in the dark can be common in the escape room world, however this is the first I have ever done which was in total darkness. This room provides a unique experience which you will not see that often.