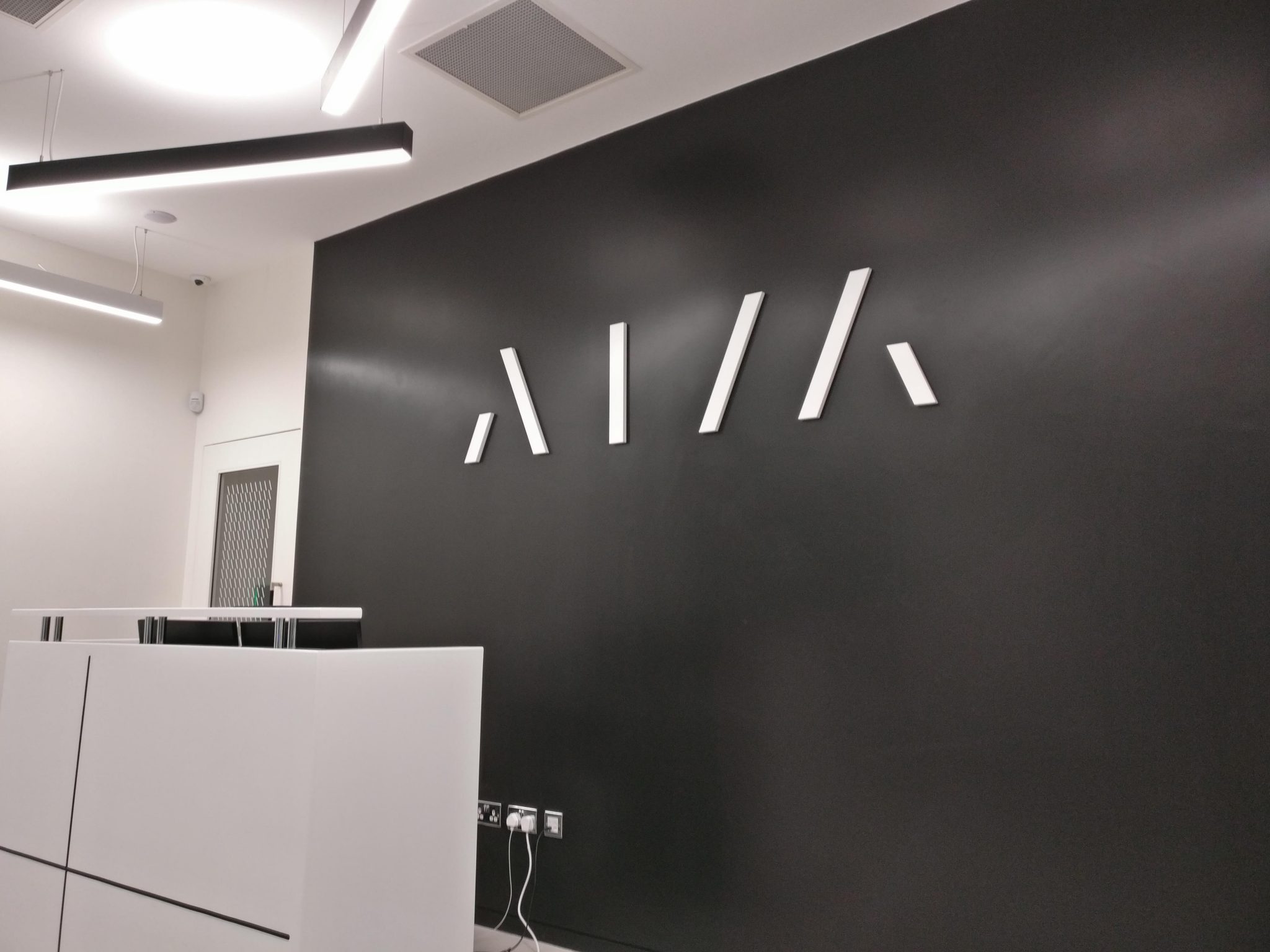 6/10Right – the theming wasn’t necessarily bad, it was comprehensive if a little flimsy. There was significant light spillage from certain areas in this game, reinforcing the notion that we’re in a set rather than a genuine environment. Also, it possessed the cliched serial killer lair aesthetic which, depending on how many other games of this ilk that you’ve played, may or may not be a problem but was symptomatic of a wider issue that I personally had with AIM. That was, of course, the massive tidal wave of self-hype that they crashed into the scene on. Don’t get me wrong, you need to be proud and confident of your product but, time and time again throughout the hour, I found myself thinking, this is absolutely not the experience that the pre-launch advertising suggested. The theming isn’t revolutionary, it’s a very standard set finished to a decent standard.

5/10I was really looking forward to this game, feeling it would be similar to Butcher or Asylum. The website warns that this room will get the heart pacing due to the fear factor and torture tools lying around. My vision must have been obscured by the poor lighting as I saw no tools, only the odd splatter of blood. The only fear element to me was the finale which again was an anti-climax with no real terror. Whilst the company have clearly spent money on this room, I feel they focused more on the sound system rather than the set. There were parts of this game that had no relevance to the story and the games were not completely on theme. The room felt more like a crazy scientist than a psychopath.

6/10We arrive at their swanky minimalist lobby, then after a little wait we’re given an extremely basic unthemed introduction and enter the room. The decor is detailed and of a high quality, but it doesn’t stand out like their hype suggested. Plus, they bill it as a really scary room that will get your adrenaline pumping, but in reality it wasn’t scary at all. It certainly doesn’t justify its 18+ rating. If they see you are struggling, pre-recorded on-theme soundbites from the killer are played to help guide you. The ending of the game, whilst unexpected and a good idea, failed to deliver the climax that it should’ve given. Some sound and movement would have helped as it took me a while to work out what was going on!

5/10It’s a pretty clean room that was quite logical. Being a psychological room, it would have been nice for the room to have played with your mind. Some of the puzzles seemed a little flimsy. The lighting needs to be improved in areas as it wasn’t easy to do some of the puzzles due to lighting. I liked that the clues were given in character.

2/10Can I quote their own website for a second here: Aim Escape Rooms are not a series of padlocks and combinations; we use fully automated, state of the art technologies to bring your experience to life. Rooms with only keys and locks are a thing of past. While other escape rooms may offer only old state experience, Aim escape rooms are advanced and automated. So why was the very first puzzle that we encountered a combination lock?? And keys? There were so many! This copy doesn’t apply to the game that I played and, again, is why I felt particularly aggrieved playing this game. If I put that aside for one moment, the rest of the puzzles were not on-theme (unless you consider the psychopath setting these puzzles for us to play part of the theme. I call that a weak justification). And, honestly, they were really basic. The finale puzzle, you know, the one that’s supposed to have you leaving the room on a high is a puzzle you will have played many times before, even if you’ve never stepped foot in an escape room. This game was the definition of a bunch of disparate puzzles chucked into a room. And there really isn’t any point where it feels that you’re playing something technologically advanced…

4/10The website sold that this game would be more advanced and hi-tech than any other room we’ve played. This was a blatant ruse to entice you to play. Whilst there was a nice mixture of game style, i.e. logic, skill and mathematics, they were all tasks I’ve met before. The one thing that sticks out was the amount of keys we had to find to unlock boxes – where’s the hi-tech in that? The puzzles are not very difficult – the company use the aid of poor lighting to slow you down in tasks. The positive I can give the room was that there were several tasks that required team work. Not many rooms deliver this so this moved my score higher.

5/10There’s a decent number of varied puzzles and whilst you have to visit each space in order, there’s a few puzzles that can be worked on at any one time which breaks the linearity and means we can split up and always have something to work on. The games are automated and there’s a team game near the end which brings you all together and could cause a bit of conflict! It’s made more difficult than it should be because a lack of light made it hard to distinguish between colours. It’s a brand new room, yet the maths puzzle is already showing signs of wear and tear. There was one part where our answer differed to theirs. They said we should have moved it to get a better look but it wasn’t at all obvious that it could be moved. Aim class their puzzles as high tech and inventive – it turned out they are neither!

5/10What I found with a lot of the puzzles were that they were quite team based. Lots of keys to find, puzzles to solve and padlocks to open. Some of the puzzles I felt didn’t match the theme.

2/10Sorry man, this one wasn’t for me. Part of that, admittedly, was a result of the game nowhere near reaching the levels that they’d hyped it to. But, apart from that, the majority of the game was way darker than it should’ve been if you expect people to solve colour-based puzzles of which there were at least two. It’s not fun straining to tell if that’s yellow or white and it’s a way of artificially inflating the difficulty for what was a series of very simple and straightforward tasks. The uncomplicated puzzles and lack of coherent theming beyond the set dressing just killed it for me. In trying to recall elements that I did like, they did have a decent variety of puzzles with some skill and physical games but their dissonant nature was something that I just couldn’t ignore.

3/10I felt so let down on the theming – I wanted more psychopath and less key hunting. This game could easily improve on the theme so it’s not all doom and gloom. The puzzles were fairly simple, and I left this game feeling so underwhelmed. The use of team play was my only enjoyment to this room. I chose to book this game for the promise of ‘advanced tech’ and a ‘crazed maniac’. Don’t be fooled! Testing Chamber and Asylum are still the stand outs for me in this category.

6/10Despite being disappointed with the lack of wow factor and it not living up to their claims, I still enjoyed playing this room. There was a lot to do and some fun tasks. But they used the usual escape room staple though of partially lit rooms with limited torches (only one tiny low powered torch in this case) which almost always proves frustrating. If they hadn’t over-hyped the game and if they had priced it better, my scores would have been higher.

4/10For how it was advertised, I didn’t come out of this room feeling “wowed”. It wasn’t a big impact room. It didn’t feel that scary at all, the ending wasn’t that great.

1/10£30 to £40 for this is just way too much. When I consider something like Hellevator, it makes the price of this game seem wildly out of whack. If you want to spend that much to play a game, there are much better ones out there – just check out our top 20. Seriously, there’s nothing technically wrong with this game but it’s just the most uninspiring hour that I’ve spent in recent memory and there’s no real excuse with this one – it’s obvious that there’s a certain amount of cash behind it. It just makes the quality of their end product all the more quizzical.

2/10The company have made a nice entrance/waiting area that is swish and the staff are friendly. However the price at £40 is very high compared to much higher quality games. If the room lived up to the hype that is advertised then yeah it’s a no-brainer to play this game, sadly it crashed and burned. There are more reasonably priced games for a fraction of the price even if you add in a train fare! Just check out our reviews for Butcher, Asylum and for hi-tech Testing Chamber.

3/10At £40pp no matter your group size, this is one of the most expensive escape rooms out there, approaching Time Run prices. Aim’s website makes a lot of bold claims about their rooms. Was Psychopath’s Den premium? Almost. Was there cutting edge technology? Not really. Was it revolutionary? Not particularly. Was there adrenaline spiked thrills? No. So as you can probably tell, this didn’t live up to their hype and was a let down. The overall floor space is large with multiple sections complete with a decent number of puzzles, but it didn’t wow like they promised and it doesn’t differentiate enough to justify its really high price point.

4/10The room for me didn’t feel revolutionary, for what it was advertised as.