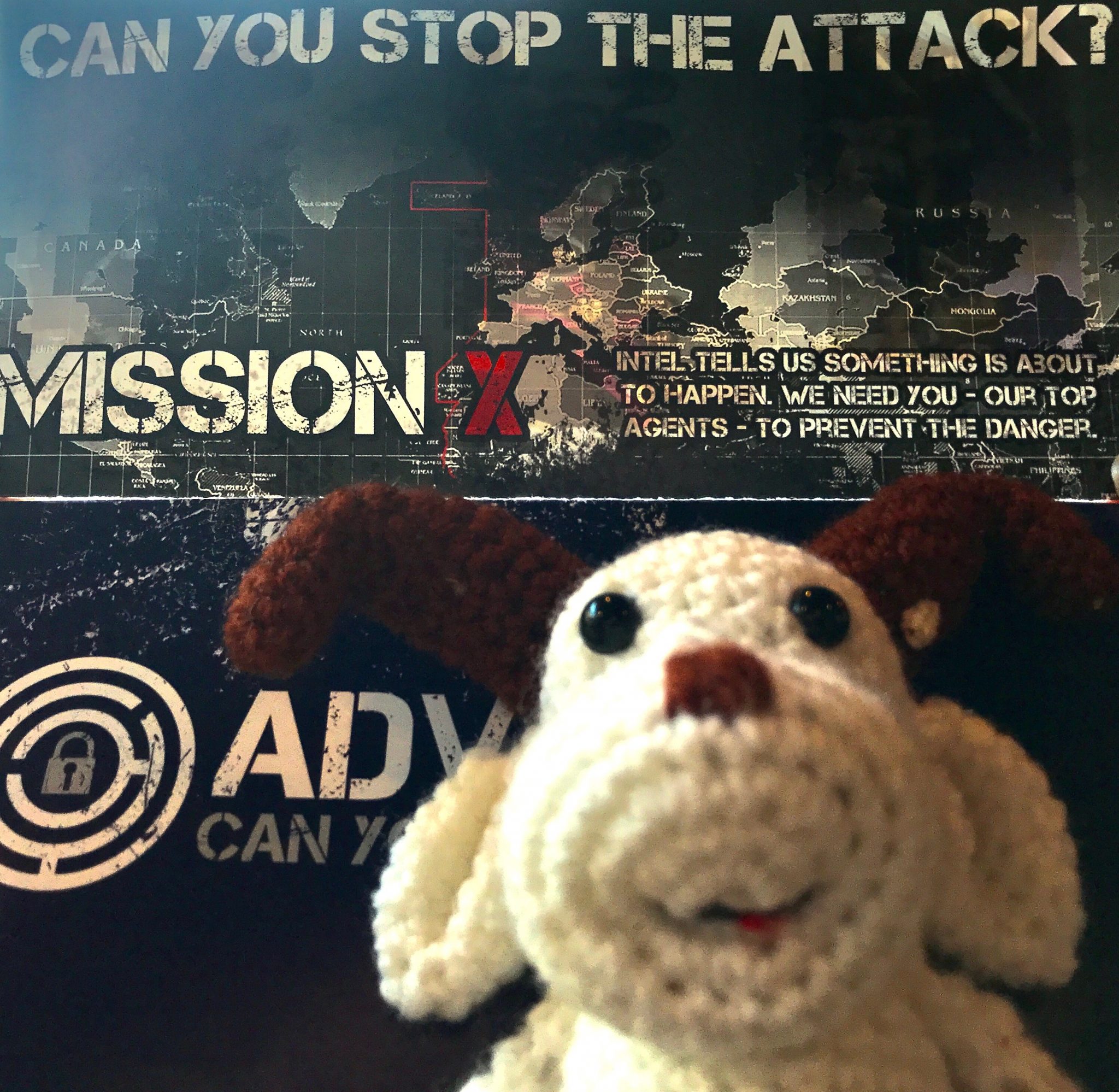 3/10First impressions weren’t great here. The initial area is a sparsely decorated living room, not a very interesting space to explore. For me, if you’re going to use a run-of-the-mill setting, at least make it look the part. This room was basic and didn’t give me the sense that it was hiding any secrets. Things got better in the second half with a very impressive centerpiece feature but said object was so much of a hard contrast from the previous room that its presence was jarring more than anything else.

1/10Whilst the premise was a bit vague, when we arrived at the venue not only did we have to wait 30 mins for our game, we also were not given a brief or backstory from our host. The room itself was in so bad a state that some of the hints on how to enter the codes were torn and unable to be read. The equipment had broken down in the room too so things were not working as they should which made the host accuse me of force! The theme was that of a spy, I still never understood what we were doing… we were in a cheap flat with a secret room which had a missile??? It had no guidance, no story on what was happening or what we were trying to do. Luckily this wasn’t our first game so we were able to guess.

3/10Oh man, this made me laugh. As the game progressed, the tension in the room was rising as we were all getting increasingly fed up with the tasks that Mission X was throwing at us. There were many notable moments but the most egregious for me was a puzzle that very, very clearly felt like the starting point of the game. We solved this but had no idea what to do with the solution, only to find a very obvious clue for it much later in the game. And we weren’t alone on this, a brief perusal online suggests that this puzzle is a red herring in itself in that its solution is required much later on in the game than when you encounter it. That, to me, is bad design. The solution should be achievable at the point at which it is required – this would have been easily solved by making some elements of it unavailable until we reached the section of the game that required the code. This particular puzzle stood out because the clue that we eventually discovered was so on the nose that it was basically handing you the answer. This was then at odds with other puzzles that seemed ridiculously obscure. One word of advice as far as searching goes – check things that you wouldn’t ever think to check, no matter how silly it might seem!

1/10As mentioned above some of the tech was broken, the tips on how to enter codes were torn and unable to read. There was a lack of puzzles in this room but some were so illogical you couldn’t solve them without the aid of a clue. The issue with the clue system was it was delivered through walkie-talkies. The quality was poor and we could hardly hear our host. There were also times when he would give us the answers without a clue requested! He even angrily came in the room at one point as we couldn’t hear him! Lastly, there was one puzzle which we were stuck on for over 15 mins as it made absolutely no sense. Where most games you play have guidance in the room on what to do without requiring clues this room was just vacant with poor machinery, poor equipment and a poor clue system. It didn’t help that our host was so angry towards us at the end.

1/10Yeah, there was nothing enjoyable about this game at all. Everything just seemed wrong. The games masters operate out of the reception area, in clear view, so you can watch others play and hear what the GMs are saying to them. Then they admitted us at least 15 minutes after our scheduled start time which I thought was pretty crappy, especially when escape games put an impetus on players to arrive ahead of your start time. At the end of the game, the host seemed genuinely annoyed at us for not taking his clues – we abandoned the walkie-talkie about halfway through the game when it became clear to us that this was a game where they were shepherding everyone to a win or at least one puzzle away from success. We asked for clues to be delivered upon request only, something that was ignored. All of this may have been ignored if the game itself wasn’t as uninspiring as it was. By far the worst aspect of this was that the host could clearly see that we hadn’t enjoyed the game but blamed us for not taking the clues. If we don’t like something, yeah, that may make for a slightly awkward debrief but we weren’t rude about it, we just stated what we found flawed about the experience. To then throw it back onto us wasn’t how it should have been handled. To not be open to the fact that people may have found issue with it is foolhardy. And I also get the feeling, right or wrong, that the heavy-handed pushing of players to the finale is a way to make people feel as though they’ve achieved something and, therefore, more likely to walk away saying something positive.
In short, no I didn’t enjoy this one.

1/10If I could give a minus score here I would. I didn’t enjoy this game at all. Having played over 50 rooms now, I’ve never seen rooms in as much disarray. The technology wasn’t working, the host was rude and never have I felt angry on leaving a room because I was accused of force, told off for not asking for clues and basically rushed out of the venue. My decision is not due to not escaping as I’ve scored 8/9s before when I haven’t. I’m ok when it’s due to not finding something when the puzzles after you know the answer make sense etc but even after a few days since I played this room I still don’t get this one puzzle!

2/10I wouldn’t bother. Worse than the game being bad was the operation of the room, culminating in the games master admonishing us for choosing to ignore his clues. Yeah, that sounds like we were in the wrong but we asked not to be given clues – he was feeding stuff to us far too liberally that we eventually decided to put the walkie-talkie in the other room. Nothing is as galling as paying to do something and then being chastised for not playing it ‘properly’. At the same time, divorcing myself from that aspect; the game wasn’t great anyway. Poor theming, a terrible flow and an erratic difficulty curve all made for an experience that I wouldn’t be in a hurry to return to.

1/10This experience was like the Ski Slalom, on the way to the room we were excited, the receptionist was funny and friendly and we were supplied with a glass of water. After the 30-minute delay, no brief, the stand-in host telling us “not to open this door till it’s clear” (the one I was accused of forcing open even though we were told it was broken!) the game started and the experience just went downhill from there.

Having only experienced 2 escape rooms previously I was excited to join the goats for one. First impressions of the setup were unsettling as you could see the screens watching people currently in the rooms just behind the reception desk, and also hear the room masters talking to those teams! They were running late for our slot so we were left waiting while they reset the room with little information from the hosts as to why they were late. They then set us up for the room with a different person to our room host!
The room we did was sold as one for beginners so I was expecting a good theme with some clear logic to the clues and room story. However, this was not the case and we were left feeling disappointed and a little confused. Several of the clues had no logical progression and it felt like the room was designed to rely on outside help to solve some of the problems. Even after knowing the solutions I couldn’t see how you would logically get to them without hints! There was also lots of wear and tear on the props so some parts didn’t seem to work as they should. Overall the room was poorly thought out, not well maintained, disorganised and not an enjoyable experience. Certainly not one I would recommend.